The Dow and S&P 500 notched record closing highs on Thursday as the latest signs of progress in U.S.-China trade relations relieved investors, but a report raising fresh worries about the outlook for a deal limited the day`s gains. 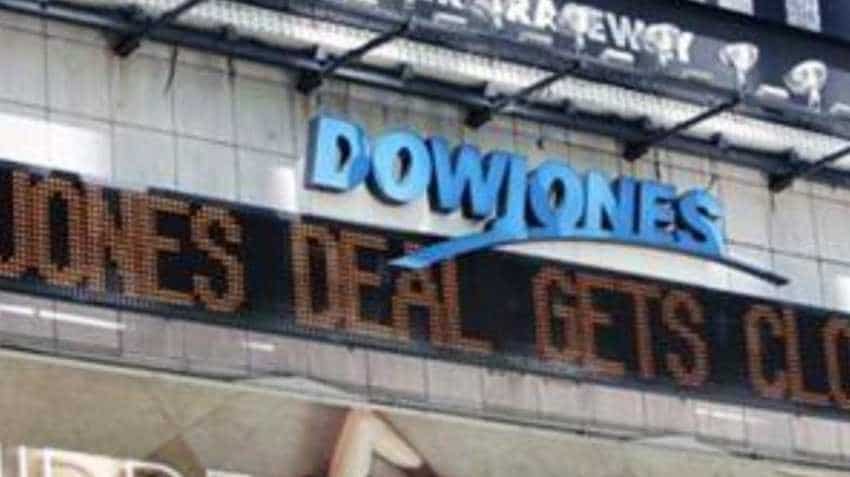 The Dow and S&P 500 notched record closing highs on Thursday as the latest signs of progress in U.S.-China trade relations relieved investors, but a report raising fresh worries about the outlook for a deal limited the day`s gains. China said it had agreed with the United States to remove tariffs in phases, while state-owned Xinhua News Agency said Beijing was also considering removing restrictions on poultry imports.

But indexes pared gains in afternoon trading after a Reuters report, citing sources, said that the White House`s plan to roll back China tariffs faces internal opposition and that no final decision has been made yet. An interim U.S.-China trade deal is expected to include a U.S. pledge to scrap tariffs scheduled for Dec. 15. "Any kind of uncertainty there, with the market at all-time highs, and it`s easy for traders and institutions to press the sell button and take some money off the table," said Alan Lancz, president, Alan B. Lancz & Associates Inc, an investment advisory firm, based in Toledo, Ohio.

The latest batch of earnings offered some upbeat news. The S&P 500 technology index <.SPLRCT> ended up 0.7%, with shares of Qualcomm Inc up 6.3% after it forecast current-quarter profit above analysts` estimates. Together with Qualcomm, other chipmakers, which have a sizeable exposure to China, also rose, propping the Philadelphia Semiconductor index <.SOX> up 0.7%.

"Corporate earnings, while down year over year, are better than many had expected, and that`s a plus," said Oliver Pursche, chief market strategist of Bruderman Asset Management in New York. Also on Thursday, Ralph Lauren Corp surged 14.7% after it topped second-quarter profit expectations, helped by a tighter control on expenses and strong demand for its Polo shirts and tweed jackets in China and Europe.

On the down side, Expedia Group Inc plunged 27.4% as the online travel booking company missed quarterly profit estimates. Declining issues outnumbered advancing ones on the NYSE by a 1.06-to-1 ratio; on Nasdaq, a 1.09-to-1 ratio favored advancers.

The S&P 500 posted 54 new 52-week highs and five new lows; the Nasdaq Composite recorded 118 new highs and 85 new lows. Volume on U.S. exchanges was 7.92 billion shares, compared with the 6.83 billion-share average for the full session over the last 20 trading days.