U.S. President Donald Trump said on Friday he was considering sending illegal immigrants in the country to so-called sanctuary cities, as he castigated Democrats who have opposed his attempts to build a wall along the border with Mexico and other moves to discourage immigration. 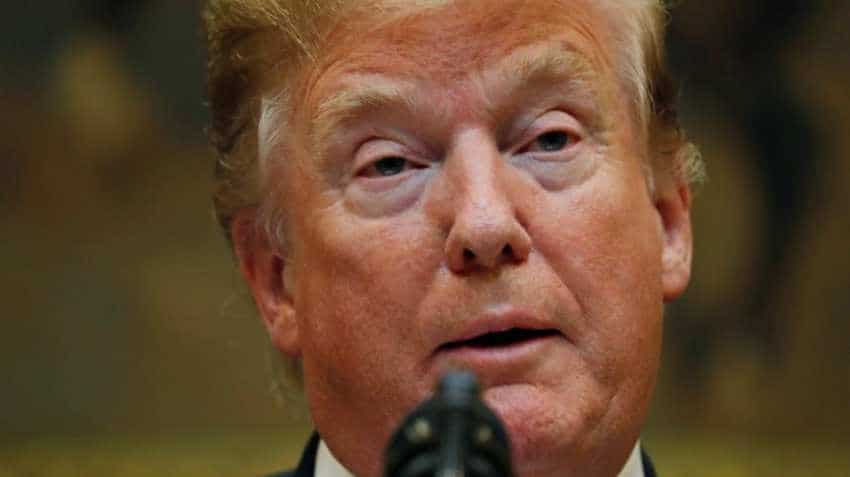 U.S. President Donald Trump said on Friday he was considering sending illegal immigrants in the country to so-called sanctuary cities, as he castigated Democrats who have opposed his attempts to build a wall along the border with Mexico and other moves to discourage immigration. "Due to the fact that Democrats are unwilling to change our very dangerous immigration laws, we are indeed, as reported, giving strong considerations to placing Illegal Immigrants in Sanctuary Cities only," Trump wrote on Twitter.

Sanctuary cities are local jurisdictions that refrain from cooperating with federal immigration authorities and detain undocumented immigrants for possible deportation. Those localities argue that it is not their responsibility to help enforce federal immigration laws and that doing so could hinder policing efforts within communities.

The Washington Post first reported on Thursday that the White House has been considering a plan for transporting immigrants in detention and releasing them into sanctuary cities that are Democratic strongholds. House of Representatives Speaker Nancy Pelosi`s hometown of San Francisco is one of those places.

In remarks to reporters on Friday, Pelosi, a Democrat, said she was not aware of the newspaper report. But she added, "it`s just another notion that is unworthy of the presidency of the United States and disrespectful of the challenges that we face, as a country, as a people, to address who we are, a nation of immigrants."

Pelosi was in Leesburg, Virginia, where House Democrats were wrapping up a three-day retreat. One immigration expert, who asked not to be identified, noted that undocumented immigrants in federal custody could be at one of several stages of the adjudication process and that Trump likely has the power to have them sent to different jurisdictions from where they are being held.

But the source added, "This is a stunt. It doesn`t enhance the efficiency of the process." Trump`s challenge to Democrats came one day after Senate Majority Leader Mitch McConnell, a Republican like Trump, told reporters that he wanted to launch bipartisan negotiations to seek solutions to the nation`s immigration woes.

In March alone, 103,492 undocumented immigrants have been taken into custody along the southern border or turned away. Many of them are from El Salvador, Honduras and Guatemala and are seeking asylum in the United States away from high levels of violent crime and illegal drugs at home. Trump, without providing evidence, has argued that many of the immigrants are violent criminals. It was not clear from his tweet how he would guarantee that any immigrants released into sanctuary cities would be prevented from travelling to other parts of the United States.