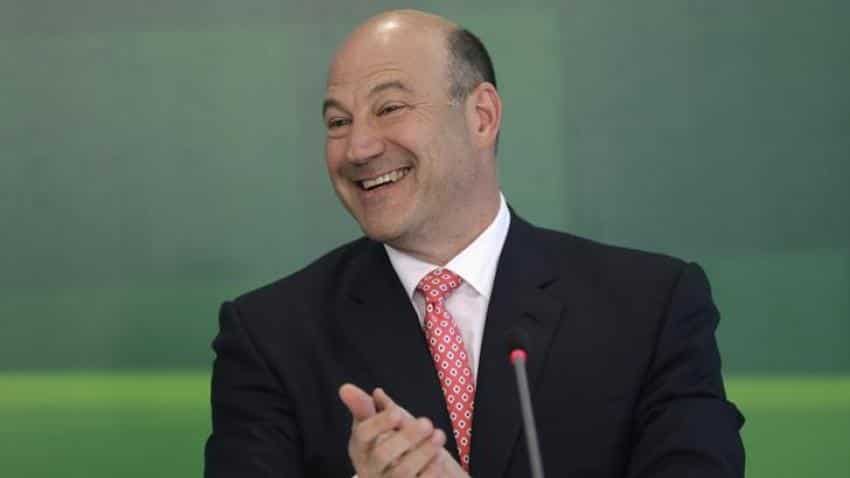 Gary Cohn, president and COO of Goldman Sachs, speaks during a news conference, after a meeting with Brazil''s President Dilma Rousseff in Brasilia. Image Source: Reuters

US President-elect Donald Trump will likely ask a senior Goldman Sachs banker to coordinate economic policy across his administration, turning again to Wall Street for expertise in managing the world`s largest economy, a transition official said on Friday.

Trump hammered Goldman and its Chief Executive Officer Lloyd Blankfein during the presidential campaign, releasing a television ad that called Blankfein part of a "global power structure" that had robbed America`s working class.

The anti-Goldman message rankled some on Wall Street, although several alums of the bank had major roles in Trump`s campaign and are bound for senior administration posts.

"That Trump is willing to take this step does suggest the political risk to the biggest banks may be diminishing," said Jaret Seiberg, an analyst at Cowen & Co.

The NEC coordinates economic policy across agencies, a key role for Trump`s promise to jumpstart the economy after years of tepid growth.

In a recent interview with CNBC, Cohn worried that an interest rate hike by the US Federal Reserve without corresponding action by other central banks could damage the US economy.

“I am concerned (about) how much US rates can dislocate from the rest of the world, and I think that`s a big issue," Cohn said.

Former Harvard University President Larry Summers served as President Barack Obama`s first NEC director in 2009 and played a leading role in crafting the administration`s primary response to the financial crisis - a stimulus package that was later criticised for being inadequate to boost the economy.

Cohn, who is also Goldman`s chief operating officer, hails from one of the most respected Wall Street establishments and would follow former Goldman executives Robert Rubin and Stephen Friedman in running the NEC.

"I think Trump feels confident that the establishment will help him fix some of our problems," said Jerry Braakman, chief investment officer of First American Trust.

Cohn was widely seen as Blankfein`s heir apparent and his exit may give rise to a new group of leaders at the bank, most of whom have spent more than 20 years there.

NBC reported earlier that Trump had offered Cohn the job. A Goldman Sachs spokesman was not immediately available for comment.

Cohn is a former Goldman commodities trader from Ohio who joined the firm in 1990. He served in leadership roles in bond trading, eventually becoming co-president in 2006.

According to Thomson Reuters data, he has $190 million worth of stock in Goldman.

In 2010, Cohn testified before the federal commission examining the roots of the financial crisis, denying charges that Goldman had bet against its clients who held risky mortgage-backed securities.

Cohn struggled with dyslexia as a child and bounced from school to school and has often talked of his unlikely path to Wall Street. One teacher told his parents if they were really lucky he might grow up to be a truck driver.

He was known throughout Goldman for his direct and abrasive manner in dealing with colleagues, although he has become more polished in recent years, current and former executives said.

The abundance of Wall Street faces on his team exposes Trump to criticism he is veering away from pledges to protect American workers from powerful interests.

"Gary Cohn`s bank helped cause the 2008 financial crisis (and) he shouldn`t have anything to do with America’s economic policies," said Karl Frisch, executive director of Allied Progress, a left-leaning nonprofit group.