Donald Trump threatens China with 'mirror tax', but does not name India

The US currently has about USD 500 billion of trade deficit with China. Though Beijing announced to retaliate against the US, Trump appeared unperturbed and issued warnings to other countries and regions having  trade  deficit with the US. 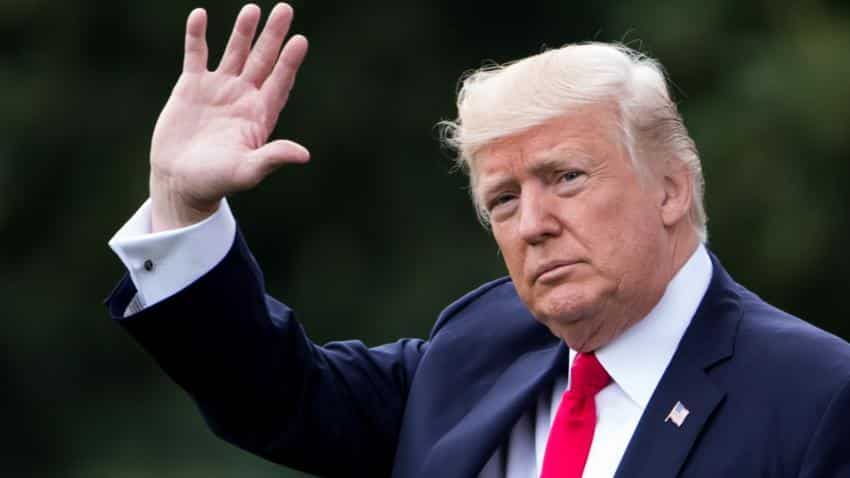 President Donald Trump said today that the days of taking advantage of America were over as he issued instructions for strong actions against unfair trade practices. Image source: IANS

President Donald Trump said today that the days of taking advantage of America were over as he issued instructions for strong actions against unfair trade practices and warned countries having trade deficit with America. Trump's remarks came after he announced about USD 60 billion of tariffs on China over intellectual property violations.

The US currently has about USD 500 billion of trade deficit with China. Though Beijing announced to retaliate against the US, Trump appeared unperturbed and issued warnings to other countries and regions having trade deficit with the US. "The word is reciprocal. That's the word I want everyone to remember. We want reciprocal, mirror. Some people called it a mirror tariff, or a mirror tax. Just use the word reciprocal.

"If they charge us, we charge them the same thing. That's the way it's got to be. That's not the way it is, for many, many years. For many decades, it has not been that way," Trump told reporters at the White House.

While he did not identify India as one of those targeted countries, the US has trade deficit with it.

The latest figures indicate that the trade deficit has declined last year and the two countries have charted out a path to reduce this deficit.

India has started purchasing energy - oil and gas ? from the US and arms purchase worth billions of dollars is in the pipeline.

"The people we're negotiating with, smilingly, they really agree with us. I really believe they cannot believe they've gotten away with this for so long," Trump said.

"I'll talk to Prime Minister Abe of Japan, and others. Great guy - friend of mine, and there'll be a little smile on their face, and the smile is, 'I can't believe we've been able to take advantage of the United States for so long'. So those days are over," he said.

Vice President Mike Pence said that the action sent a clear message that this president and the entire administration are determined to put American jobs and American workers first.

"The action the president will take today under Section 301 also makes it clear that the era of economic surrender is over," he said.

"The United States of America is taking targeted and focused action to protect not only American jobs but America's technology, which will power and drive an innovation economy for decades to come. It is just one more step of a promise made and a promise kept by President Trump," Pence said.

Later, Trump also said the US was in the midst of very major and very positive negotiations.

"Positive for the United States, and actually very positive for other countries also. We have some of our great business leaders and leaders right behind me," he added.

Trump's action against China came a day after US Trade Representative (USTR) concluded its Special 301 investigation against Beijing and presented its report to him.

The USTR report concluded that China uses foreign ownership restrictions, including joint venture requirements, equity limitations and other investment restrictions to require or pressure technology transfer from US companies to Chinese entities.