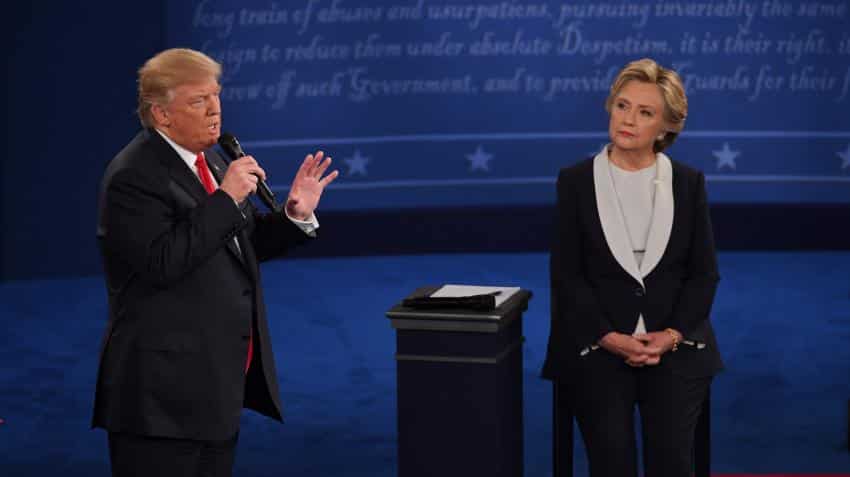 Donald Trump might be trailing in surveys but the Republican nominee is more popular than his Democratic rival Hillary Clinton in Google searches in the US.

Data released by Google shows Trump dominating search in 38 states till Monday, including in the battleground states of Florida and Michigan.

"If you take a deeper look at the information, you'll see that the top five related searches to Trump are immigration, race, abortion, ISIS, and the economy -- all hot button issues throughout this campaign," social media expert and President of JRM Comm Jason Mollica was quoted as saying.

"When it comes to Mr Trump, people still want to know more. It also means that potential voters want to read what he said in the last 24-48 hours," he said.

Mollica noted, however, that the search data from Google should not be seen as a surge of voting for Trump.

"It does mean that people are actively gathering and reading information in the last hours before Election Day," he said.

The hotly contested battle between Trump and Clinton is clearly generating huge interest in the US electorate.

Google has seen an incredible 233% increase in "how to vote" searches compared to the period before the 2012 presidential election. People are also actively searching for "where to vote", particularly in battleground states.

Additionally, Google has launched a new election Doodle that shows the letters holding signs with the word 'vote' in different languages.

When users click on the Doodle and type in their address, Google generates information on their nearest polling station, along with voting requirements and ballot details.

Twitter is also encouraging people to vote. The social media giant is promoting the #ElectionDay and #Election2016 hashtags and emoji, as well as providing information to voters via its @Gov Twitter Government account.

Facebook has a 'Get Ready for Election Day' that lets voters preview their ballot and provides information on the candidates, from presidential through to the local level.

Technology was being widely used to provide information to voters in the run-up to the election.