Dollar trades near one-year high ahead of Fed meeting minutes

Three Fed policymakers said on Tuesday that the U.S. economy has healed enough to begin to scale back the central bank`s asset-purchase programme, including Vice Chair Richard Clarida. 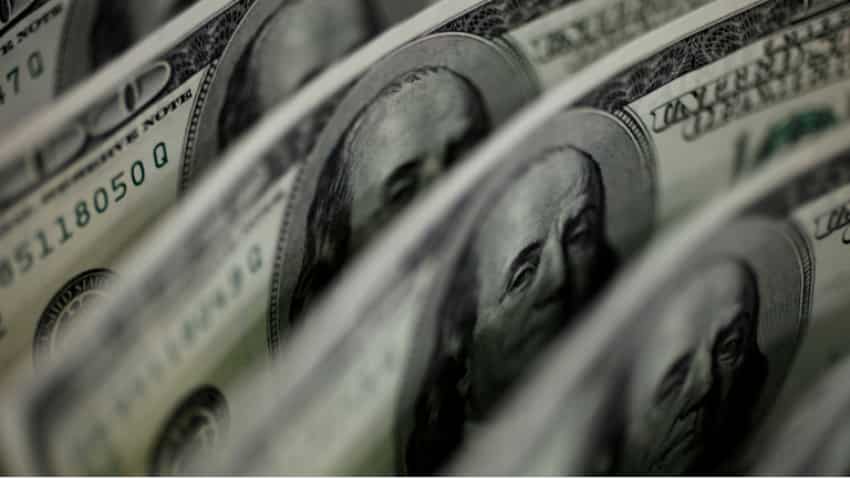 The dollar held close to a one-year high against a basket of peer currencies on Wednesday amid rising expectations the Federal Reserve will announce a tapering of stimulus next month, potentially following with interest rate hikes by mid-2022.

Three Fed policymakers said on Tuesday that the U.S. economy has healed enough to begin to scale back the central bank`s asset-purchase programme, including Vice Chair Richard Clarida.

Money markets now price about a 50-50 chance of a rate increase by July.

The dollar index, which measures the greenback against six rivals, eased slightly to 94.271 from Tuesday, when it touched 94.563 for the first time since late September 2020.

A surge in energy prices has fuelled inflation concerns and stoked bets that the Fed may need to move faster to normalise policy than officials had projected, sending two-year Treasury yields to their highest in more than 18 months overnight.

The euro gained 0.3% to $1.1564, well within sight of the previous session`s $1.1522, its lowest in nearly 15 months.Traders will focus on consumer price data later on Wednesday for further insight into the timing of higher rates.

"CPI is the main economic draw" and "has the potential to see Fed rate hike expectations move again, one way or another," said Ray Attrill, head of foreign exchange strategy at National Australia Bank in Sydney.

Governors Lael Brainard and Michelle Bowman are among the Fed officials due to speak later on Wednesday, when the minutes of the central bank`s September meeting are also due to be released.

"Today`s FOMC minutes release could confirm that a November taper announcement may be hard to resist for the Fed but also that there were discussions of the potential impact from further tightening of the U.S. and global financial conditions," said Valentin Marinov, head of G10 FX research at Credit Agricole.

"We further believe that, following the rather mixed U.S. jobs report for September and the delay rather than the resolution of the U.S. debt ceiling issue, the Fed could ultimately opt for a more gradual start to QE taper."

Sterling meandered in the middle of this month`s range, trading a touch higher from Tuesday at $1.3634.