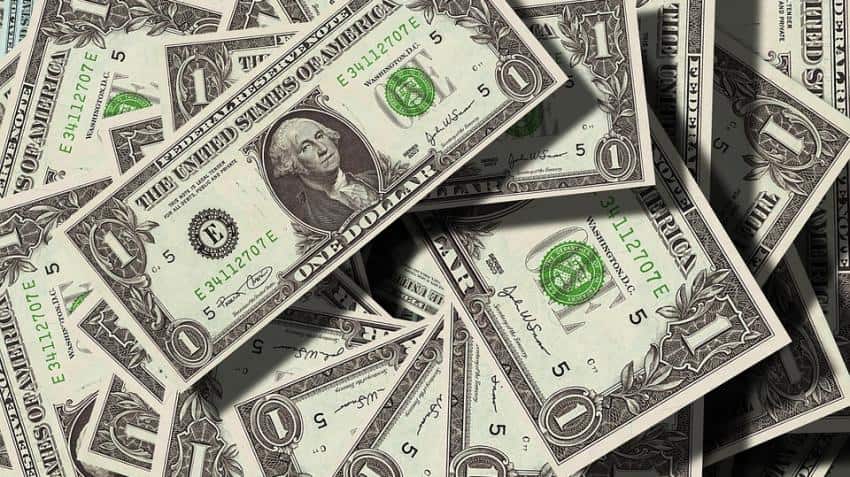 The ailing dollar fell to its lowest in over three months on Tuesday. Image source: Pixabay
RELATED NEWS

The ailing dollar fell to its lowest in over three months on Tuesday, while surprisingly upbeat Chinese manufacturing data ensured there was no serious new year hangover for world shares despite a groggy start for Europe.

Sentiment was also helped by news that North Korea had offered an olive branch to South Korea, with Kim Jong Un saying he was "open to dialogue" with Seoul.

The driver had again been Asia and its emerging markets.

Shanghai blue chips climbed 1.4 percent and MSCIs 24-country EM index jumped over 1 percent after the Caixin index of Chinese industry rose to a four-month high of 51.5 in December, confounding forecasts for a decline.

The reading pointed to resilience in the world`s second-largest economy even as Beijing cracks down on industrial pollution and engineers a cooling property market.

"Manufacturing operating conditions improved in December, reinforcing the notion that economic growth has stabilized in 2017 and has even performed better than expected," said Zhengsheng Zhong, director of macroeconomic analysis at CEBM Group.

In currency markets, the dollar remained out of favour having already hit a three-month low against a basket of its peers on Friday. That brought its losses for 2017 to 9.8 percent, its worse performance since 2003.

Its pain was the euro`s gain though, with the single currency enjoying its strongest year against the dollar in 14 years.

On Tuesday, it jetted to a three-month top of $1.2045 as data showed that euro zone manufacturers had ramped up activity last month at the fastest pace in more than two decades.

It had already sliced through major resistance on the yen in Asia too, reaching highs not seen since late 2015 at 135.45 yen.

"Forward-looking indicators bode well for the new year," Chris Williamson, chief business economist at IHS Markit which compiled the manufacturing data, pointing to a near record pace of new orders and job creation.

The pound, Swiss franc and scandinavian currencies were also up solidly against the dollar.

That combined with a two-month high in bond yields in Germany and Italy, two of the euro zone`s biggest debt markets, pushed stock markets in London, Frankfurt and Paris 0.3-0.6 percent into the red.

A major hurdle for the U.S. currency will be Wednesday`s release of minutes from the Federal Reserve`s December meeting when it raised interest rates. Two policymakers voted against the move amid doubts inflation would accelerate as hoped.

With the market now pricing in a 68 percent chance of a March hike and two hikes for 2018, there will be close inspection to assess just how shaky their confidence is for any pick-up in inflationary trends said Chris Weston, chief markets strategist at broker IG in Sydney.

"That said, the U.S. dollar is underloved and oversold and it won`t take much to promote a bout of profit-taking from the shorts."

The skid in the dollar, combined with strength in Chinese demand, has benefited commodities priced into the currency.