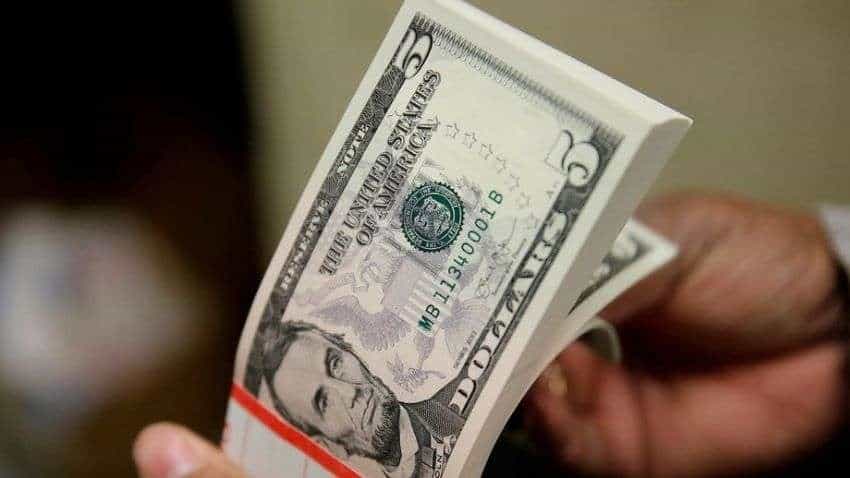 The dollar reached a four-and-a-half-year high against the yen on Wednesday after better-than-expected U.S. retail data, which also boosted Wall Street equities, although Asian shares failed to follow suit.

MSCI`s broadest index of Asia-Pacific shares outside Japan slipped 0.45% edging off Tuesday`s near three-week closing high, with declines in most markets, while Japan`s Nikkei lost 0.4%.

The greenback was helped by Tuesday data which showed U.S. retail sales rose faster-than-expected in October, potentially encouraging the U.S. Federal Reserve to accelerate the tapering of its asset purchase programme, as inflation remains stubbornly high.

"The data backs up that sense that things are going pretty well, and the Fed can be a little more aggressive if it wants to be without completely causing the party to crash," said Rob Carnell, head of research for Asia Pacific at ING.

"Top of mind for everyone is inflation right now, it`s still an issue after the numbers we got from the U.S. yesterday, and we`ve got a whole barrage of other inflation data coming today, particularly the U.K and Canada," he added.

Britain publishes its October CPI inflation data later today with a high print likely to add pressure on the Bank of England to raise rates in December after surprising markets by holding fire last month.

"What it`s not about is the Biden-Xi summit, which had the potential to do damage but seems not to have done so," Carnell added.

At a three hour meeting on Tuesday, U.S. president Joe Biden and Chinese leader Xi Jinping turned down some of the heat in Sino-U.S. tensions, though both sides held to their entrenched positions on a range of issues.

The positive tone offered a slight boost to Asian shares on Tuesday, but this proved short lived.

On Wednesday, the Hong Kong benchmark slipped 0.4%, weighed by property developers and casinos as traders bet a recent rebound in both sectors had gone too far. Chinese blue chips were flat.

Australian shares slipped 0.5%, weighed by Commonwealth Bank of Australia, the country`s largest bank, whose shares slipped 6% after it flagged hit to margins from the low interest rate environment and mortgage competition.

Overnight on Wall Street, the Dow Jones Industrial Average rose 0.15%, the S&P 500 gained 0.39% and the Nasdaq Composite was up 0.76%, supported by the retail sales figures.

These also provided a boost to U.S. Treasuries and benchmark 10-year note yields reached as high as 1.646% in early Asia, a three-week high.