The lower dollar could also drive prices higher in the United States and increase demand for gold as a hedge against inflation. 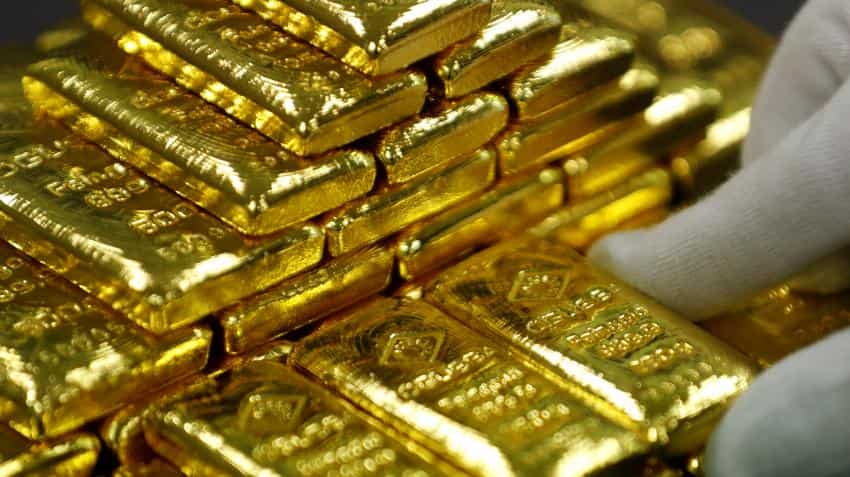 Gold prices climbed on Thursday to their highest since August 2016. Image source: Reuters

Gold prices climbed on Thursday to their highest since August 2016 as a weakening dollar helped it to extend gains of more than 10 percent since mid-December.

The dollar plunged to a three-year low against a basket of major currencies after the U.S. treasury secretary said he welcomed a weaker greenback, making gold cheaper for users of other currencies.

The lower dollar could also drive prices higher in the United States and increase demand for gold as a hedge against inflation.

"Exchange-traded fund (ETF) holdings (of gold) continue to increase ... we also see large open interest around the $1,350 strike level for the upcoming expiry, which should help to keep prices buoyant over the near term," said MKS PAMP trader Sam Laughlin.

Holdings of gold in ETFs tracked by Reuters and bets by funds on higher gold prices on the Comex exchange have surged in recent weeks.

The market was looking ahead to a European Central Bank interest rate decision at 1245 GMT and a news conference by its chief, Mario Draghi, at 1330 GMT.

Draghi is expected to pour cold water on any view that the bank is speeding towards an interest rate increase.

"The ECB meeting on Thursday will be pivotal (for gold), as it could spark the euro (and gold) higher, especially if the central bank signals a policy shift," INTL FCStone analyst Edward Meir said in a note.

In other precious metals, silver was down 0.1 percent at $17.56 an ounce after touching $17.69, its highest since mid-September. It had jumped by 3 percent on Wednesday for the biggest daily gain since July 2016.