Dollar pulls away from 14-year peak as investors take profits 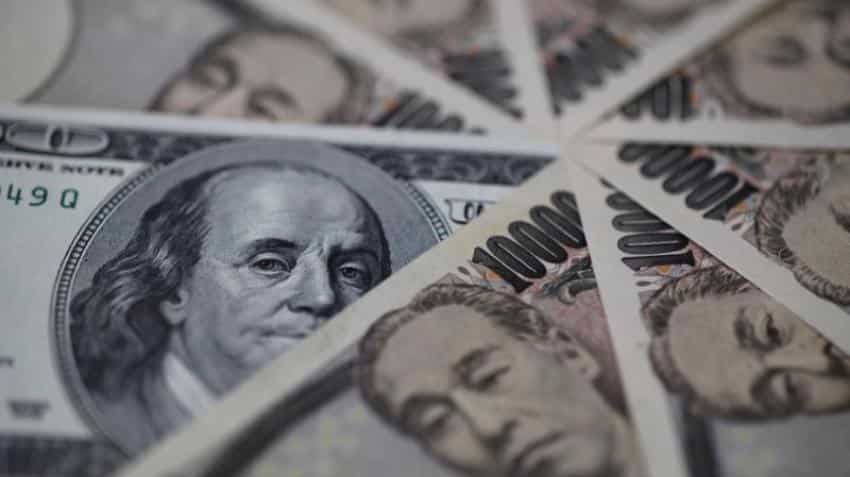 The dollar edged lower in Asian trading on Monday as some investors took profits after its rise last week to a 14-year peak against a currency basket, though it remained underpinned by expectations of more US interest hikes in the coming year.

The US Federal Reserve`s interest rate forecasts released on Wednesday, after its widely expected rate increase, showed three more hikes in 2017, which fuelled the dollar`s rise to last week`s highs.

"With the Christmas and year-end holidays coming, there is no incentive for investors to take new risks, and there is some profit-taking, so it is difficult for major currency pairs to move much," said Kumiko Ishikawa, FX market analyst at Sony Financial Holdings.

"We`ll probably continue to see some adjustments of dollar-long positions this week," she added.

US dollar net long positions were little changed in the week through December 13, affirming a trend in place since the November 8 election of Donald Trump as US president on the expectation of more inflationary infrastructure and fiscal spending.

ALSO READ: US dollar index down 0.25% in late trading as rate-hike expectation dims

Net shorts on the yen, meanwhile, rose to their largest since early December last year, according to Reuters calculations and data from the Commodity Futures Trading Commission released on Friday.

Japanese trade data released early in the session showed the impact of the weaker yen is already apparent, as exports fell at a slower pace in November. They slipped 0.4% in the year to November, compared to a 2.0% annual decline expected by economists in a Reuters poll.

The Bank of Japan (BoJ) was scheduled to begin a two-day policy meeting on Monday, at which it is expected to stand pat on its 10-year government bond yield target as the weaker yen helps Japan`s economic prospects, a Reuters poll showed on Friday.

"The speed of the yen`s weakening was likely much faster than the BOJ anticipated," said Ayako Sera, market economist at Sumitomo Mitsui Trust Bank in Tokyo.

"While no major changes are expected from the meeting, some tweaks to policy are possible, to adjust to the new market situation," she said.

The perceived safe-haven yen got a lift late in late US trade on Friday after news that a Chinese Navy warship had seized a US underwater drone in international waters in the South China Sea. China agreed on Saturday to return the drone, apparently defusing the situation.

China believes the drone is part of US surveillance efforts in the disputed waterway, but Beijing won`t likely make a big fuss about its handover, Chinese state media and experts said.

While many investors closed their books in the waning days of the year, others braces themselves for the possibility of volatile moves in thin liquidity.

Later on Monday, the US Electoral College will meet to formally elect Donald Trump as the next president.

Trump won the contest for the electoral college, which is calculated on a state-by-state basis, but trailed Hillary Clinton in the popular vote. Some electors have said they do not intend to cast their votes for him.

"While the Electoral College`s rejection of Trump is certainly a low probability event, it would mean absolute chaos for the market if it did occur," Gittler said.

The Australian dollar slipped 0.2% on Monday to $0.7293, edging back toward a six-month nadir plumbed last week, after the government forecast a smaller-than-feared budget deficit this year. But this could not fully deflect the threat of a downgrade to the country`s top credit rating.

US dollar up 0.41% in late trading on upbeat jobless data