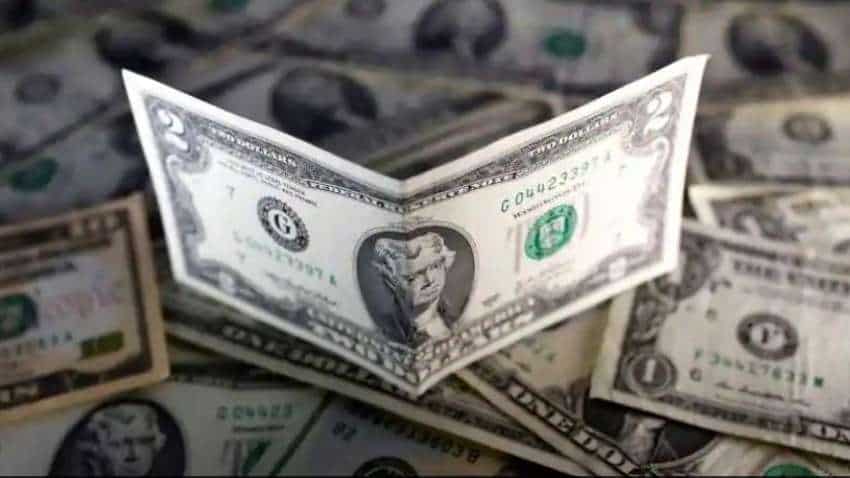 The dollar touched its lowest this week against major peers on Thursday, taking a breather from a rally that had lifted it to a one-year high powered by expectations for quicker Federal Reserve interest rate hikes.

The dollar index, which measures the currency against six rivals, was about flat at 94.016, after dropping 0.53% on Wednesday, the most since Aug. 23.

The index reached 94.563 on Tuesday, its highest since late September 2020, after surging nearly 3% since early last month.

The dollar pulled back even after minutes of the Federal Open Market Committee`s September meeting confirmed tapering of stimulus is all but certain to start this year, and showed a growing number of policymakers worried that high inflation could persist.

A Labor Department report showed U.S. consumer prices rose solidly in September, and they are likely to rise further amid a surge in energy prices, potentially pressuring the Fed to act sooner to normalise policy.

The U.S. 5-year, 5-year-forward breakeven inflation rate, one of the more closely followed gauges of long-term inflation expectations, surged to its highest level in seven years at 2.59% overnight.

Most Fed officials, including Chair Jerome Powell, have so far contended that price pressures will be transitory.

Money markets are currently pricing about 50/50 odds of a first 25 basis point rate hike by July.

"The USD`s reaction may be an example of `buy the rumour, sell the fact,`" Joseph Capurso, a strategist at Commonwealth Bank of Australia, wrote in a client note.

"We consider the FOMC`s assumption of a transitory spike in inflation is wrong. A more aggressive tightening cycle will support the USD in our view."

Sterling was little changed at $1.3665, holding Wednesday`s 0.55% advance and near its highest level this month.