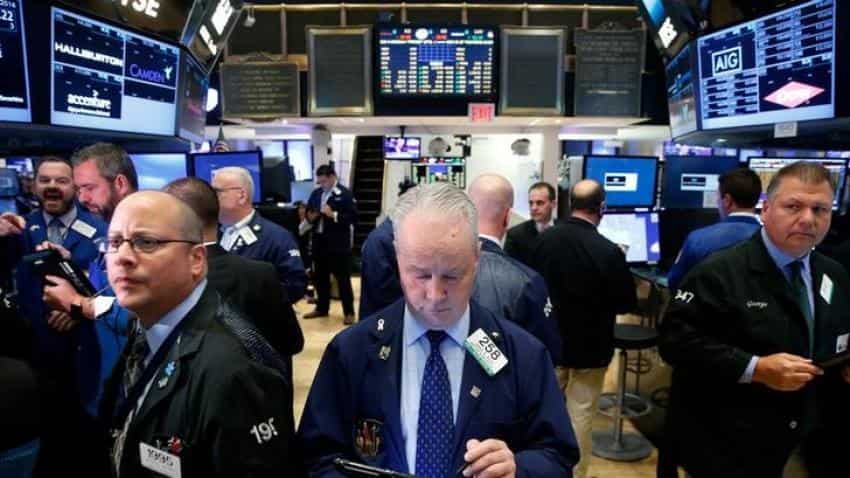 The US dollar sank and stock markets slammed into reverse in wild Asian trade on Wednesday as every new exit poll in the US presidential election showed the race to be a nail-biter, sending investors stampeding to safe-haven assets.

Much of the action was in currencies where the Mexican peso has become a touchstone for sentiment on the election as Republican Donald Trump's trade policies are seen as damaging to its export-heavy economy.

The neck-and-neck race caused the peso to gyrate wildly as results came in, especially from the key battleground state of Florida where Trump was holding a slim lead.

"It's Florida so far that's been the big drama of the morning in Asia. It's been swinging back and forth in projections at least four to five times," said Christopher Moltke-Leth, head of institutional client trading at Saxo Capital Markets.

"We've seen one of the most sensitive currencies, the MXN, has been extremely volatile this morning."

The dollar surged over 6% on the peso, though traders cautioned that it could turn on a dime.

Asian stocks first rose only to retreat more than 1% as the session wore on and more election results flooded in, while US stock futures surrendered modest gains and recoiled more than 3%.

Trump held slight leads in the vital battleground states of Florida, Virginia and Ohio, clinging to a narrow advantage over Democrat Hillary Clinton in key states that could decide their race for the White House.

With voting completed in more than two-thirds of the 50 US states, the race was too close to call in Ohio, Florida, North Carolina, Pennsylvania, New Hampshire and Virginia, states that could be vital to deciding who wins the presidency.

Markets have tended to favour Clinton as a status quo candidate who would be considered a safe pair of hands at home on the world stage.

The dollar turned down in part because analysts suspect the economic uncertainty caused by a Trump win would lessen the chance of the US Federal Reserve hiking interest rates in December.

"In contrast, a Trump victory would trigger massive uncertainty that would likely undermine risk assets at least initially, which in turn could preclude a Fed rate hike this year," warned Michelle Girard, chief US  economist at RBS.

Sovereign bonds flew ahead, pushing yields on 10-year US Treasury notes down sharply to 1.759%, having briefly touched a six-month high around 1.8960%.

In share markets, MSCI`s broadest index of Asia-Pacific stocks outside Japan swung to a loss of 1.5%, while the Nikkei sank 2.2%.