Lionel Messi may be heading home early from World Cup 2018 after flops on the pitch for Argentina yet he will remain a ubiquitous presence in Russia and around the world as the face of dozens of brand marketing campaigns. 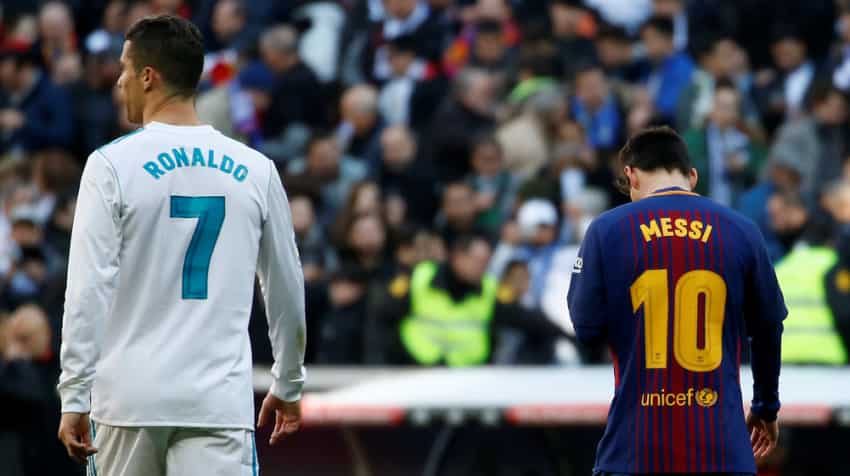 Lionel Messi may be heading home early from World Cup 2018 after flops on the pitch for Argentina yet he will remain a ubiquitous presence in Russia and around the world as the face of dozens of brand marketing campaigns.

For while sporting success in a single tournament is a matter of contrasting luck and split seconds — Messi striking a penalty at the Iceland goalkeeper, arch-rival Cristiano Ronaldo of Portugal burying one in the Spanish net — results in Russia will do little in themselves to damage brand “Messi”, nor perhaps much to enhance the global standing of Ronaldo’s “CR7”.

While Ronaldo, who has built up an image of arrogant power with Real Madrid, has carried the Portuguese national team to the verge of the second round by scoring all four of their goals, Messi, the modest, dribbling genius of Barcelona, has been conspicuous by his inability to contribute for Argentina.

On Football Index, a trading game website where participants can buy and sell players, Messi’s price has fallen 4% since before the tournament while Ronaldo is up 6%. But in the real world, both the value of the player to club employers and to marketing sponsors is less volatile. “The financial value for the most established players is more of a structural nature. There is not a big change if he scores a goal,” said Raffaele Poli, head of the CIES Football Observatory, who has analysed transfer markets.

He values Messi at 184 million euros ($214 million), almost double Ronaldo, who is three years older. Those values do not change quickly as the market is completely logical, he said.

Ronaldo’s off-field earnings, notably around the CR7 logo combining his initials and his shirt number, saw a little clear drop after a poor showing for Portugal at the 2014 World Cup.

A Forbes magazine ranking of athletes estimates Ronaldo earns $47 million a year from endorsements, ahead of Messi on $27 million. Younger talents may be catching up and many of those can count on the World Cup to boost their own brands.

“The number of casual fans around the world that the World Cup touches does create a huge opportunity for these players to really build their brand,” said Matt Hill, senior vice president for global sports consulting, at GMR Marketing.

The battle on the pitch is matched by battles for followers on social media — the biggest stars have hundreds of millions — whom brands with little connection to soccer want to reach.