Did Bitcoin's performance create investors interest in other cryptocurrencies?

Achievement of Bitcoin brings a new era for cryptocurrency, as investors found faith in other virtual currencies. 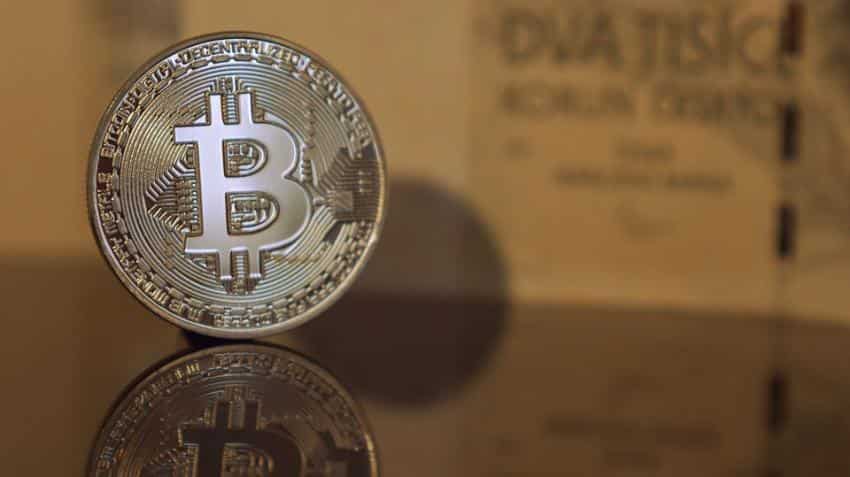 Interestingly, achievement of Bitcoin also brings a new era for cryptocurrency, as investors found faith in other virtual currencies.

Till 2011, Bitcoin was the only cryptocurrency that held 100% market capitalisation in the virtual currency.

The ICICI Bank data stated that there are over 1300 cryptocurrencies right now with a total market cap of over $300 billion, and bitcoin dominates at 55%.

Incrementum further informs, “Today, Bitcoin’s share of the cryptocurrency market has fallen to less than half. In addition to Bitcoin, cryptocurrencies such as Litecoin, Dash, Ethereum, and Bitcoin Cash are attracting traditional investors to this new digital asset class.”

These siblings of Bitcoin are available at way lesser amount if compared with Bitcoin. Let's have a look at the performance ofsome of the alternatives.

This currency came into existence in 2011, and is often referred to as “silver”. The Litecoin network can process transactions four times faster than Bitcoin. Also, the total supply in Litecoin is higher to 84 million in comparison with Bitcoin whose supply is capped at 21 million.

Incrementum said, “This four-fold increase in cryptocurrency units means that the inflation rate of Litecoin is higher than Bitcoin.” 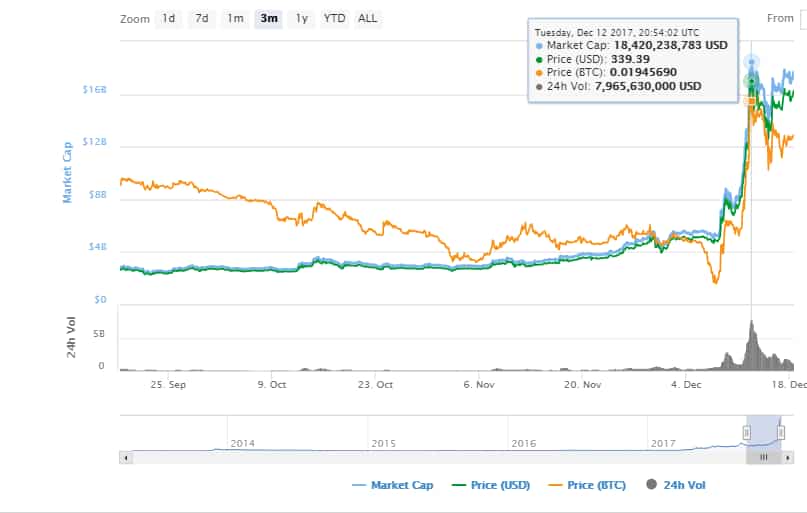 Dash came into existence during January 2014 with the name of Darkcoin. It was later rebranded as Dash in March 2015.

“Dash developed new methods for reducing the traceability of transactions by mixing many transactions together before sending them to the final destination. The process of mixing blurs the identity of the original sender,” said Incrementum. 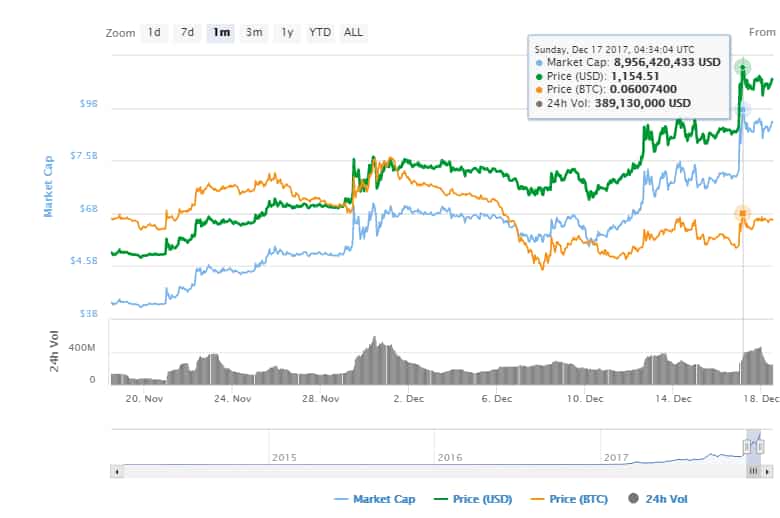 To increase privacy further, Dash does not have a publicly available ledger. Recently, the developers have made successful efforts to increase merchant acceptance of Dash.

Performance of Dash since its inception has been commendable just like Litecoin and Bitcoin. Dash, which was below $1 between January 2014 and April 2014, went higher and was trading near $10 from May 2014 till January 2017.

Launched in 2015, Ethereum provides a platform where decentralized applications can be built and operated by anyone. Also, Ethereum smart contracts operate without downtime or censorship.

As per Incrementum, Etheruem's market capitalisation is approximately $44 billion with approximately 94 million ethers and a price of $460 per token. 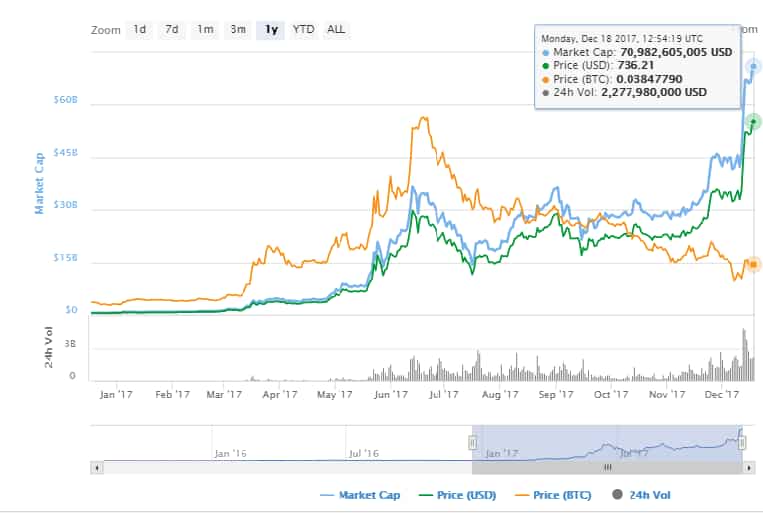 Monero was first known to the world in April 2014 and as per Investopedia, but this coin soon spiked great interest among cryptography community and enthusiasts.

Monero has been launched with a strong focus on decentralisation and scalability, and enables complete privacy by using a special technique called as “ring signatures”. Alexis Roussel, CEO Bity, in the Incrementum report said, “Until recently we had individuals from financial institutions buying Bitcoin because they were working on crypto projects at their company and wanted to see how it worked. This year, it is the institutions themselves that are investing in cryptocurrencies.”

However, investment in cryptocurrency is on wait-and-watch mode by many economists. As their performance has been very volatile, it has become very difficult to keep a tab on them for future outlook.

Andrew Kenningham, Chief Global Economist at Capital Economics, said, "We will have more to say about the economics of cryptocurrencies in the coming months for now the key point is that it is a curiosity, but not a major economic risk.”