Detroit auto show kicks off with trade plea to Trump

Auto executives rushed to offer fresh evidence of US investments at the start of the Detroit auto show on Monday, amid pressure from President-elect Donald Trump to repatriate manufacturing jobs. 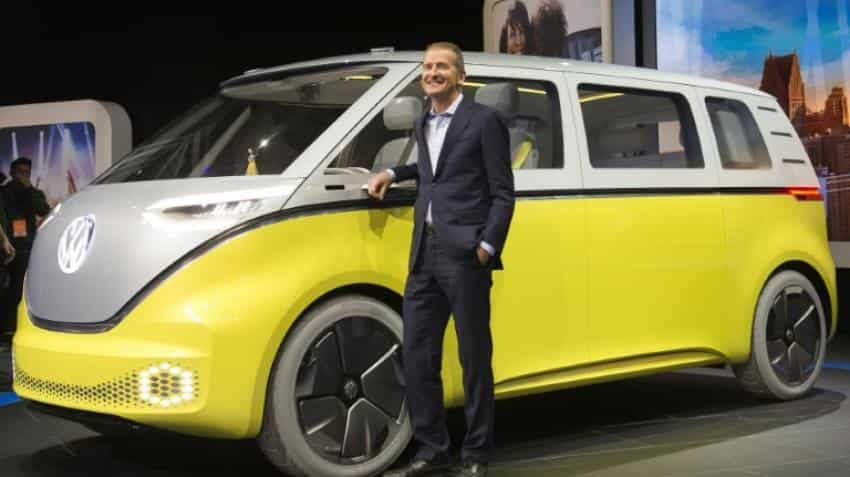 Auto executives rushed to offer fresh evidence of US investments at the start of the Detroit auto show on Monday, amid pressure from President-elect Donald Trump to repatriate manufacturing jobs.

Trump, who has threatened and singled out for scorn automakers seeking to sell Mexican-built cars on the US market, cast a long shadow over the 29th annual US auto showcase, a key opportunity for companies to display new models and technology.

Car industry executives representing Asian, German and American brands all touted US investments, as the automotive conclave opened to media and industry insiders. It opens to the public on January 14.

Early in the day, Trump offered an encouraging tweet praising Fiat Chrysler and Ford for their plans to invest in American auto plants.

Trump campaigned last year by blasting the North American Free Trade Agreement and other trade policies he blamed for the loss of American manufacturing jobs, and has not hesitated to criticize specific companies.

That move came just days after Trump lambasted Toyota in yet another tweet.

The Japanese car maker said Monday it would invest $10 billion in US plants over the next five years.

"This investment also includes our new headquarters in Plano and research into autonomous vehicles and robotics," Toyota spokeswoman Amanda Sawyer Roark said in an email to AFP.

"I appreciated the comment that he made today," he said. "We haven`t forgotten how we got here. We owe a lot to this country."

Trump`s actions appeared to already be having an impact beyond the spate of investment announcements.

Marchionne said for now it would be "foolish" for Fiat Chrysler to make additional investments in Mexico, pending clarity from an incoming administration about its trade plans.

Carlos Ghosn, chief of the Renault-Nissan alliance offered a different take, saying moving back to the US made business sense as a hedge against currency volatility.

"What we heard so far from the Trump administration is: America`s first, jobs in the US. What you`re hearing from us is: no foreign exchange risk," Ghosn said.

"I don`t think there`s going to be a lot of disruption."

Ford piled on Monday with more news of expanded US production, saying it will reintroduce the iconic Bronco sports utility vehicle and Ranger pickup truck, which it will build at a Michigan factory, displacing the production of Focus sedans, which will relocate to Mexico.

Ford Executive Chairman Bill Ford said while production decisions were based on business needs, he was having "frequent" conversations with the president-elect to keep him informed of what the company was doing.

He said discussions had covered "trade policies, currency fluctuations, tax policy, all the things that would affect our business."

"I found him to be very informed and very respectful of our position."

"Cooperation and accessible markets, free trade and direct investments are two sides of the same coin, bringing prosperity and jobs to people on both sides of the Atlantic," Matthias Wissmann, president of the group, said in Detroit.

Late Sunday, Volkswagen brand chief Herbert Diess said his company planned to keep manufacturing in Mexico. But he also emphasized that the German company could expand its capacity at its Chattanooga, Tennessee plant. VW also plans to build electric vehicles in the United States.

Volkswagen is still struggling to move past an emission-cheating scandal. Over the weekend, FBI agents arrested former VW executive Oliver Schmidt, who faces charges that he knowingly lied to US regulators.

Production from that factory largely will be of cars that can be exported. Half the German cars produced in the US are exported, with about a quarter going to Europe and a quarter to Asia, according to the VDA.

"We assume that the new administration will aim to strengthen US industry," Wissmann said.