He had announced his resignation in his first speech following the results of last week's referendum on Friday. 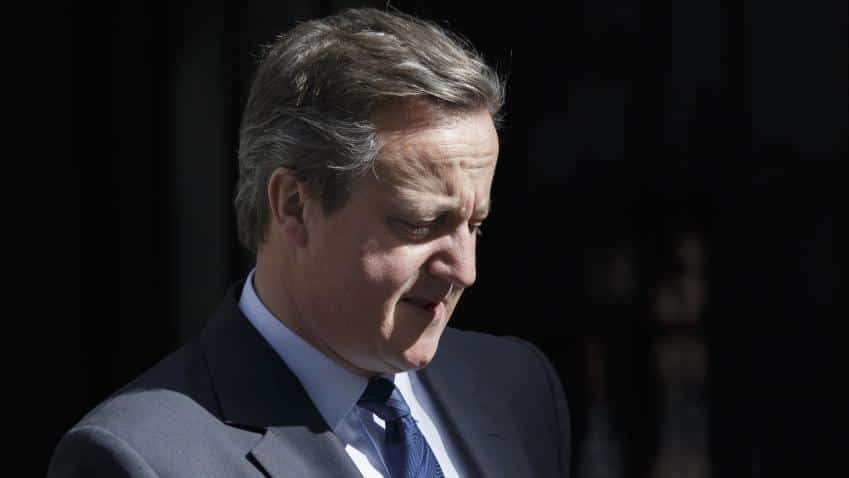 Cameron said he will go to Brussels for a summit tomorrow with EU leaders but will not invoke Article 50 immediately. Photo: IANS
Written By: PTI
RELATED NEWS

Outgoing UK Prime Minister David Cameron on Monday hailed "important partner" India in his first Parliament statement since the country voted to leave the EU and said Britain must not turn its back on Europe or the rest of the world.

In his official statement on the "Outcome of the EU Referendum" in the House of Commons, Cameron laid out the future course to be undertaken under a new Prime Minister after the UK voted to leave the European Union (EU) last week.

"The nature of the relationship we secure with the EU will be determined by the next government but I think everyone is agreed that we all want the strongest possible economic link with our European neighbours as well as with our close friends in North America, the Commonwealth and important partners like India and China," Cameron, 49, said to cheers from MPs.

"Britain is leaving the EU but we must not turn our backs on Europe or the rest of the world," he said.

Cameron said he will go to Brussels for a summit tomorrow with EU leaders but will not invoke article 50 immediately. He had announced his resignation in his first speech following the results of last week's referendum on Friday.

The Conservative party has since confirmed that a leadership contest will open later this week, with a new leader in place latest by early September.

In contrast to his emotional resignation speech at the Downing Street doorstep, the outgoing premier adopted a light-hearted tone throughout today's Parliament speech, starting with a jibe at Opposition Labour's leader Jeremy Corbyn's ongoing crisis of having to replace the rapidly resigning members of his shadow cabinet.

Cameron triggered laughter throughout the Commons as he began by congratulating new Labour MP Rosena Allin-Khan, who replaces London mayor Sadiq Khan as MP for Tooting in east London, by suggesting she should keep her mobile phone on as she "might be in the shadow cabinet by the end of the day".

He admitted before MPs that a Brexit result was not what he had wanted "but there can be no doubt about the result. The decision must be accepted and the process of implementing the decision in the best possible way must now begin," he said, confirming the creation of a new unit of the "best and the brightest" officials and policy experts across government to work?on delivering the outcome of the referendum.

All key decisions will have to wait for the arrival of new prime minister but "a lot of work" can begin now, he said.

Insisting the UK is "ready to confront what the?future holds from a position of strength", he also confirmed that the country will not be invoking Article 50 of the Lisbon Treaty any time soon, which sets in motion a two-year time-line for finalising the details of Britain's exit from the EU.

He reiterated a "fundamental responsibility" to unite the country, as he condemned "despicable" abuse reported against EU migrants since the referendum result.

"We will not stand for hate crime," he said, offering assurances to EU nationals living in the UK that there will be no immediate changes to their circumstances.

"These people have come here and made a wonderful contribution," he said.

He concluded that in implementing Brexit and facing the challenges ahead the UK should "hold fast to a vision that wants to be respected abroad, tolerant at home, engaged in the world and working with our international partners to advance security and prosperity of the nation for generations to come".