Cryptocurrency companies use 'backdoor' listings to ease into mainstream markets

In the most recent deal, US crypto broker-dealer Voyager Digital on Feb. 11 achieved a "backdoor" listing on Toronto`s Venture Exchange after it bought control of mineral exploration firm UC Resources. 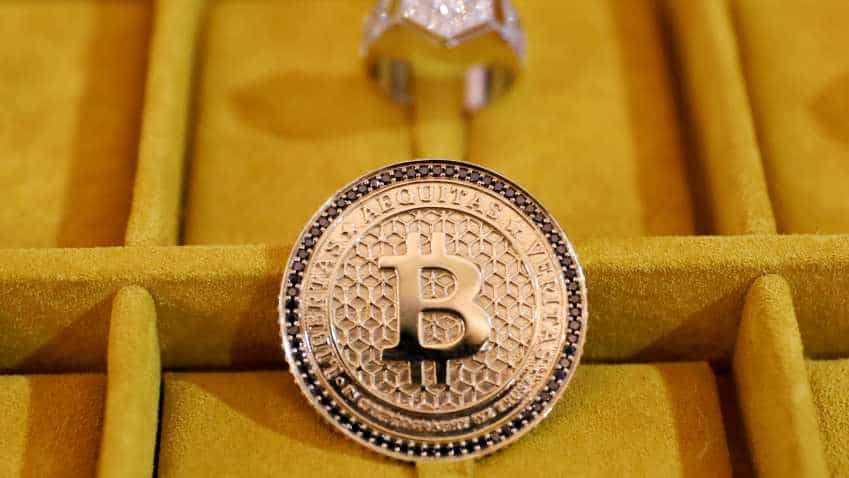 Japan`s FSA became the first major jurisdiction to regulate the exchanges in 2016, but has since refined its rules to allow the industry to largely self-regulate. Image source: Reuters

Several cryptocurrency exchanges have moved closer to mainstream markets by buying listed companies, looking to raise funds and present themselves as embedded in the traditional financial services world they once spurned. In the most recent deal, US crypto broker-dealer Voyager Digital on Feb. 11 achieved a "backdoor" listing on Toronto`s Venture Exchange after it bought control of mineral exploration firm UC Resources.

Such purchases, also known as reverse mergers, allow companies to offer shares to the public without the rigours and regulatory scrutiny of a full initial public offering (IPO). "Many (cryptocurrency) exchanges have put a lot of strategic effort into trying to legitimise their operations and their reputations, and for some there`s an assumption that having some exposure to the traditional public market will help," said Fei Ding`an, managing partner at Ledger Capital, a digital asset investment firm.

Japan`s Financial Services Agency (FSA) is the only major national regulator so far to have drawn up a definitive framework to govern digital assets and the platforms where they are traded. In January, OKC Holdings, a company controlled by Star Xu, the founder of crypto-exchange OK Coin, bought 60.5 percent of LEAP Holdings,, a Hong Kong-listed construction firm, for HK$484 million ($61.69 million).

Days later, the parent of Korean crypto exchange Bithumb announced plans for a U.S. listing via the purchase of Blockchain Industries.

Voyager said its listed shares could help fund growth. "Being a public company enables Voyager to operate with the transparency that the crypto market deserves from its institutions," Voyager CEO Steve Ehrlich said in an email.

Neither Huobi nor OKCoin has given details of their plans for the purchases. ANX International remains separate from the renamed BC Group, but since the change in ownership the listed unit has launched new businesses that include a digital asset trading and exchange platform.

A spokesman for BC Group said being publicly traded gave clients "additional confidence in knowing we are a credible company and here for the long game."

Spokespeople for OKCoin and Huobi declined to comment. Neither Bithumb nor its parent Blockchain Exchange Alliance responded to requests for comment.

LEGITIMACY
Crypto experts said the deals could help the industry gain greater mainstream acceptance. The reputation of cryptocurrencies, and particularly exchanges, has been hit hard by fears of price volatility and possible uses for laundering money alongside high-profile hacks and infrastructure failures.

Last year, the New York attorney general`s office warned that several cryptocurrency exchanges were plagued by poor market surveillance and pervasive conflicts of interest, saying some may be operating illegally.

This month, $137 million in cryptocurrencies was frozen in the user accounts of Canadian digital platform Quadriga after the founder, the only person with the password to gain access, died unexpectedly.

The crypto market peaked in late 2017, when trading volumes surged and bitcoin, the largest cryptocurrency, reached a high just above $20,000. Bitcoin`s price has fallen more 80 percent since then, and trading volumes have slumped.

Some exchanges may also feel pressure from investors seeking a means of realising their profits. "With the market turning south and regulators not being happy, this is an opportunity to satisfy investors and founders who are looking for an exit," said Zennon Kapron, director at financial technology consultancy Kapronasia.

WRESTLING WITH REGULATORS
Public listings of cryptocurrency exchanges also pose a challenge for regulators, who are only beginning to grapple with the issues of overseeing the trading of digital currencies.

Japan`s FSA became the first major jurisdiction to regulate the exchanges in 2016, but has since refined its rules to allow the industry to largely self-regulate.

In the United States, New York state has, so far, issued a handful of so-called BitLicences for companies doing any sort of virtual currency business.

Both Hong Kong`s market watchdog, the Securities and Futures Commission, and the Hong Kong Exchange declined to comment.

But the commission is considering whether some cryptocurrency trading platforms are suitable for regulation, a process it hopes to finish this year, its chief executive, Ashley Alder, told legislators on Tuesday.

Hong Kong officials have already questioned the sustainability of crypto businesses when last year, the world`s largest makers of cryptocurrency mining rigs did not follow through on IPO plans in Hong Kong, in part because of the questions officials raised.

"It`s possible a crypto exchange could incubate a new crypto business inside a Hong Kong-listed company, maintain the listed company`s existing operations, and not be treated as a new IPO, but it is a very difficult tightrope to walk," said a person familiar with the listing committee`s processes, speaking anonymously because he was not authorised to speak to the media on the subject.

The Hong Kong Stock Exchange`s Listing Committee must be satisfied that a company`s business is sustainable before it can list. The miners` bids were stymied by fears that the falling price of bitcoin made their business models unworkable, sources said.

Although backdoor listings are permitted in most countries, some regulators, including those in Hong Kong, can review the deals and can in some circumstances require a full IPO instead.

"Crypto companies may struggle to demonstrate suitability for listing given the state of regulation of the industry and uncertain business models," said Jason Sung, a Hong Kong-based partner at law firm Herbert Smith Freehills.

Exchanges like Bithumb that are looking to the United States could also similar roadblocks. The SEC has authority both over U.S. companies selling digital securities and companies conducting a reverse merger in the United States.

"Depending on what the companies are planning to do they very well might have to seek regulatory approval from the SEC or the CFTC," said Richard Levin, chairman of the financial technology and regulatory practice at the US law firm Polsinelli.