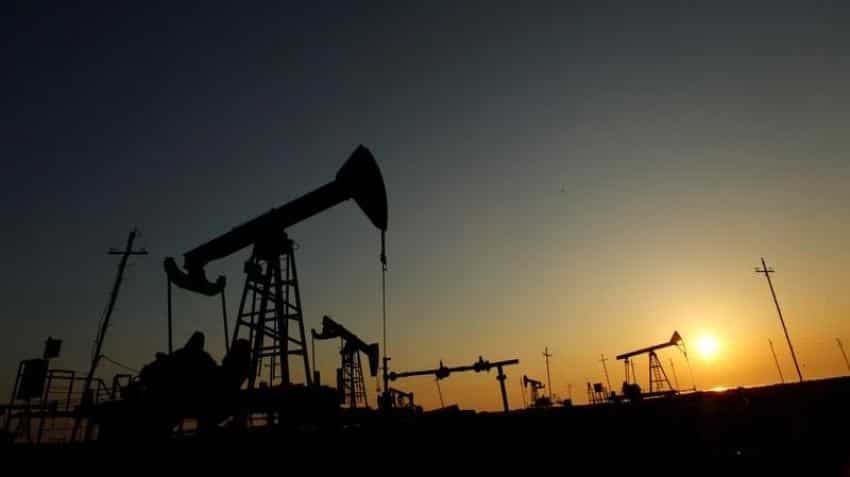 Crude oil futures on Friday were on track for their biggest weekly gain since mid-May, ending five weeks of losses with prices underpinned by a decline in U.S. output.

U.S. crude futures have added 5.1 percent this week, while benchmark Brent has gained 4.7 percent, marking the biggest rise for both markets since the week ending May 19.

"Oil prices received momentum from Wednesday`s U.S. data and the market rejected the lows that we saw. It has been a bullish week for the oil market," said Michael McCarthy, chief market strategist at Sydney`s CMC Markets.

"There are two key drivers. One is U.S supply side response to low oil prices. We could see more gains if there is a further drop in oil output, and the other factor is a weaker U.S. dollar."

Data indicating a fall in U.S. production bolstered markets this week after crude prices hit a 10-month low last week in the face of a mounting supply glut.

Meanwhile, the North Sea crude oil market is showing signs of long-lost strength, suggesting that some of the pessimism that has driven down oil futures and created a record bet against a price rise may be unjustified.

On Thursday, about 6 million barrels of North Sea Brent crude were being stored on ships, down from four-month highs of as many as 9 million last week, and trading sources said it seemed now refineries were starting to take in more cargoes.

In recent weeks, funds have been unloading long speculative positions, reducing bets on higher prices, while brokerages including Goldman Sachs and Societe Generale have cut their 2017 forecasts for crude prices.

SocGen on Thursday estimated U.S. crude futures would average $47.50 a barrel in the third quarter, down from previous expectations for $55.

Global oil supplies remain ample despite output cuts of 1.8 million bpd by the Organization of the Petroleum Exporting Countries and other producers since January.

"The market`s calls for further cuts from OPEC continue to be rejected by the oil group," ANZ said in a note.

OPEC has exempted Nigeria and Libya from the curbs, leaving them free to ramp up output following local unrest, with Libyan oil production nearing 1 million bpd.