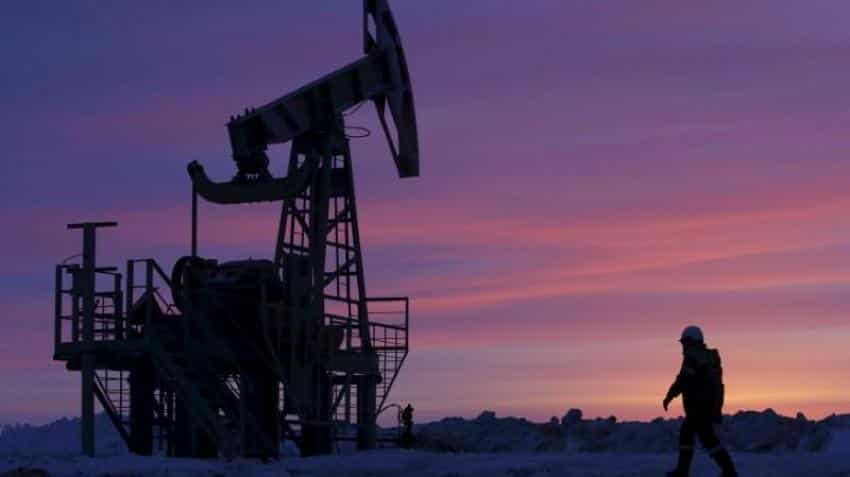 Brent crude futures were at $76.79 per barrel, down 33 cents, or 0.4 percent from their last close. Image source: Reuters

Brent and WTI last week reached their highest since November 2014 at $78 and $71.89 per barrel respectively.

“Around a million barrels of oil a day is likely to disappear from global oil markets if the U.S. sanctions on Iran bite,” said Greg McKenna, chief market strategist at futures brokerage AxiTrader.

“But it is still far from certain that they will bite in the way intended... Germany has said it will protect its companies from U.S. sanctions, Iran has said French oil giant Total has yet to pull out of its fields and all the while it seems the Chinese are ready to fill the void created by the U.S.,” he said

The renewed sanctions come amid an already tight oil market due to record Asian demand and voluntary output restraint aimed at propping up oil prices led by the Organization of the Petroleum Exporting Countries (OPEC), as well as a group of non-OPEC producers including Russia.

“The U.S. decision to end all nuclear-related sanctions waivers for Iran will smooth the re-entry of (previously) cut OPEC, non-OPEC barrels to market in 2019 (as) it will allow OPEC and Russia to shift their narratives on production from restraint to growth, without derailing the global recovery in oil prices,” BMI Research said in a note.

Markets were also held in check by a rise in U.S. drilling for new oil production.

U.S. drillers added 10 oil rigs in the week to May 11, bringing the total count to 844, the highest level since March 2015, energy services firm Baker Hughes said on Friday.

Hedge funds and money mangers slashed their bullish wagers on U.S. crude in the latest week to the lowest level in nearly five months, the U.S. Commodity Futures Trading Commission (CFTC) said on Friday, in an indicator that many financial oil traders are doubtful of significant further price rises.