Analysts have forecast more oil supply as Saudi Arabia and Iran seemingly ramps up output in a race for customers, further flooding the market with excess supplies. 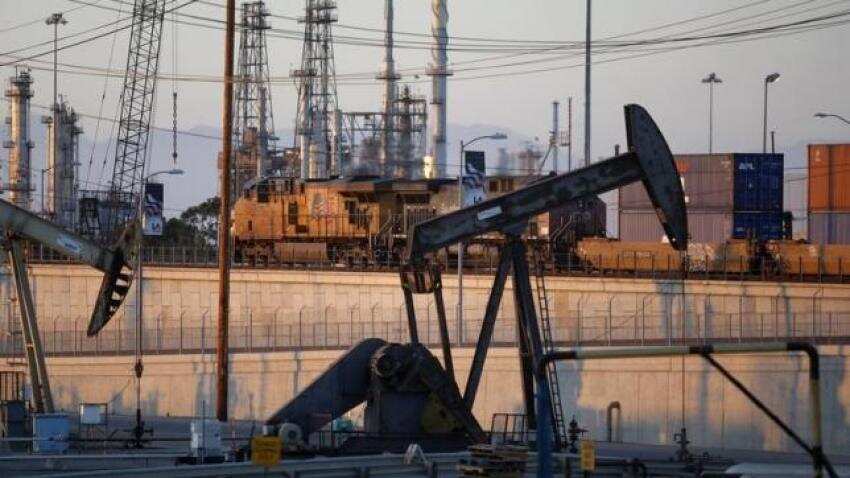 A rush of new investment into crude futures was also pushing up prices as speculators raised their holdings of Brent futures to a record high. Image Source: Reuters
RELATED NEWS

Oil price plunges to below $15, may slide further, expert says

Crude oil futures rose on Tuesday, pushed up by a weaker US dollar and a flood of new cash into the market, but analysts warned that fundamentals remain weak as a producer race for customers heats up in the Middle East.

Futures traders said prices had been lifted by a weaker dollar overnight, which potentially spurs demand from fuel importers using other currencies than the greenback, in which crude is traded.

A rush of new investment into crude futures was also pushing up prices as speculators raised their holdings of Brent futures to a record high.

"The global market is already close to balance, (and) we expect the market will try to test higher in coming months," Standard Chartered bank said, adding that falling output outside the Organisation of the Petroleum Exporting Countries (OPEC) would result in a rebalancing of oil markets soon.

Yet other analysts warned of more supply as Saudi Arabia and Iran seemingly ramps up output in a race for customers, further flooding the market with excess supplies.

"Saudi Arabia announced that it will complete an expansion of its Shaybah oil field by June, pushing capacity to 12 million barrels per day (bpd). Iran oil production has now increased by 1 million bpd since the beginning of the year while Kuwait is expecting output to reach 3.15 million bpd by June after the end of a workers strike," ANZ bank said.

Iran wants to get back to a pre-sanction production of 4 million bpd.

"The biggest bear risk to the oil market right now is that Iran`s ramp-up accelerates and then that Saudi Arabia does the same," Citi said.

"If anyone had a doubt about Saudi Aramco`s ability to use its logistical system and spot sales to increase market share, its recent 730,000 barrel sale of a cargo to a Chinese teapot refiner in Shandong should lay any doubts to rest," it added.

The cargo will be lifted in June from Aramco`s storage in Japan`s Okinawa prefecture and shipped to China`s eastern province of Shandong, Reuters reported on Monday.

Citi said it was likely that Saudi Arabia was targeting a 0.5 million bpd in sales to bring its production up to 11 million bpd or higher.

Traders said that a looming gasoline glut in Asia also threatened the recent rise in prices as refiners flood the market with unwanted products.

Oil price plunges to below $15, may slide further, expert says