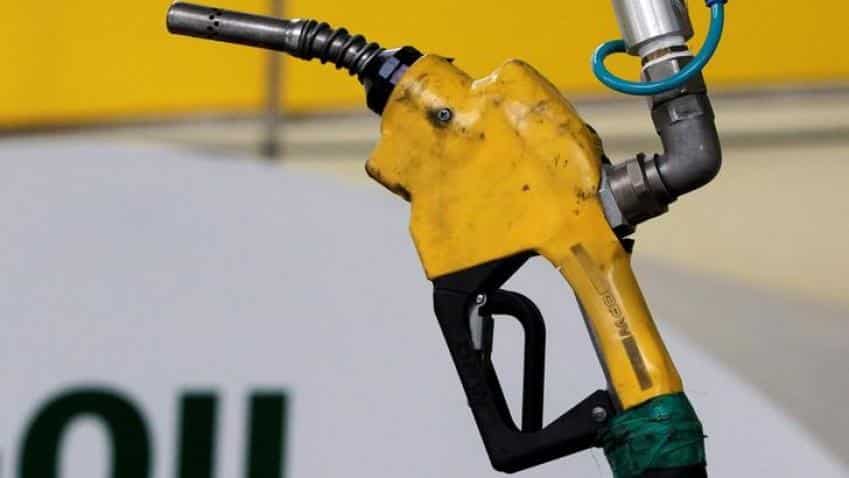 A gas pump is seen hanging from the ceiling at a petrol station in Seoul. Image Source: Reuters
Written By: Reuters
RELATED NEWS

Crude oil futures slid for a second session on Thursday, moving away from a one-month high touched in the last session as rising U.S. inventories stoked worries about global oversupply.

"U.S. oil production rose to the highest level in over a year, leaving oil prices weaker on the day after the U.S. EIA released its data," ANZ said in a note.

Brent and WTI have rallied in recent sessions after Saudi Arabia was reported to be pushing fellow OPEC members and some rivals to prolong supply cuts beyond June.

OPEC and other producers, including Russia, agreed late in November to curb output by around 1.8 million barrels per day in the first half of 2017 to rein in oversupply.

The U.S. data followed bullish reports from OPEC nations, which said they had cut March output beyond measures they had promised, according to figures the group published in a monthly report, as it sticks to an effort to clear a glut that has weighed on prices.

However, OPEC also raised its forecast for supplies from non-member countries in 2017 as higher prices encourage U.S. shale drillers to pump more, reducing demand for OPEC`s oil this year.