When the high-end property development Lake Las Vegas collapsed during the 2008 financial crisis, 31 funds that helped finance the project lost a total of $540 million. But only one of them, Dallas-based hedge fund Highland Capital Management, aggressively pursued legal action against Credit Suisse. 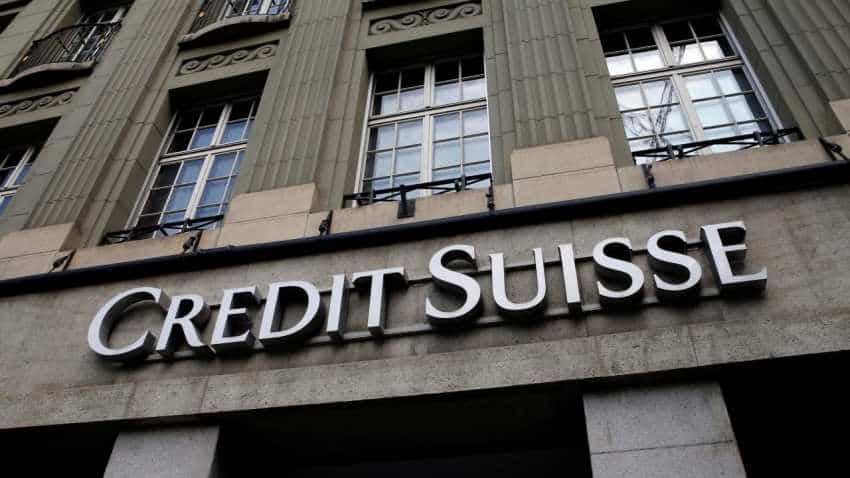 Highland ultimately convinced a Texas court that Credit Suisse had breached its contract and aided and abetted fraud in the deal. Image source: Reuters
Written By: Reuters
RELATED NEWS

When the high-end property development Lake Las Vegas collapsed during the 2008 financial crisis, 31 funds that helped finance the project lost a total of $540 million. But only one of them, Dallas-based hedge fund Highland Capital Management, aggressively pursued legal action against Credit Suisse Group AG [CSGN.S], which arranged the financing and appraisals for the project.

Highland ultimately convinced a Texas court that Credit Suisse had breached its contract and aided and abetted fraud in the deal, and the decision was upheld on appeal. Now, Credit Suisse faces a July 18 court deadline to pay Highland $360 million or appeal to the Texas Supreme Court.

The victories to date have enhanced the reputation of a fledgling Texas law firm, and legal experts say they are likely to encourage other investment funds to take big banks to court.

"This case shows the big banks can`t hide behind disclaimers when they know certain facts," said Carol Gilden, a lawyer who represents pension funds and other institutional investors in financial and securities disputes.

Global banks have settled dozens of lawsuits by governments and shareholders over financial crisis misconduct, but until the Highland suit, it was unusual for an investment fund to pursue tough-to-win fraud actions - especially against a major trading partner, as Credit Suisse was for Highland.

Highland, however, has a reputation for being more legally aggressive than many funds, and its general counsel, Scott Ellington, had a strong hunch that something was amiss with the deal.

"When something is wrong I like to right it," Ellington told Reuters in an interview.

The company had trouble finding someone willing to take the case, he said, in part because the legal firms it approached thought Ellington`s suspicions would be tough to prove. Then, in 2010, Ellington met with Reid Collins & Tsai LLP, a newly-formed practice in Austin, Texas specializing in complex commercial disputes. The firm agreed to take the case on contingency.

Many in the industry were surprised when Reid Collins & Tsai went on to win the case in 2015 and that a Dallas appeals court in February upheld the $287.5 million judgment. Since 2015, interest has accrued at an annual 9 percent.

Credit Suisse, which has consistently denied liability for Highland`s losses, "respectfully disagrees" with the court decisions and is seeking to appeal, spokeswoman Nicole Sharp said in a statement. The bank noted that it won an unrelated legal dispute with Highland in New York, and that another in Texas was dismissed.

`OASIS` OR MIRAGE?
Lake Las Vegas, billed in promotional materials as "an oasis in the desert," was one of several ill-fated, high-end real estate projects for which Credit Suisse arranged syndicated loans during the run-up to the 2008 credit crisis.

The development was to include a luxurious golf community and resort with 9,000 homes and condominiums, two hotels, a casino, a shopping village and a 320-acre man-made lake.

Funds managed by Highland lent $250 million to the $540 million project in June, 2007 after being solicited by Credit Suisse, which agreed to provide an independent appraisal. That appraisal valued the property at $891 million.

When Lake Las Vegas filed for bankruptcy a year later, the liquidation value of the property was set at $23 million. The project has since been partially built by new developers, but early lenders like Highland lost their entire investment in the bankruptcy.

In the aftermath, Ellington said, he couldn`t stop thinking about the original appraisal and wondering how a property could so quickly have lost so much value.

"When we got the case in 2010, we thought there was some reason to believe the appraisal was bad, and zero proof that we could pin Credit Suisse," Reid Collins & Tsai founding partner William T. Reid IV told Reuters.

BUILDING A CASE
As a first step, the law firm filed a lawsuit accusing the appraiser, CBRE, of artificially inflating land values and sales projections. In discovery, the firm obtained Credit Suisse`s communications about those appraisals.

Highland settled its lawsuit against CBRE, which did not admit liability, in 2013, but materials obtained during discovery emboldened the company to also sue Credit Suisse.

An original, lower appraisal by CBRE had been changed after pressure from Credit Suisse, Highland alleged.

The assertion was based in part on communication between CBRE appraiser William Acton and Credit Suisse`s Arik Prawer, one of the Credit Suisse bankers involved with the deal.

"I re-ran the numbers as requested," Acton wrote in one email after a call with the Credit Suisse banking team. Highland maintained the emails showed Credit Suisse had manipulated the process and then took an overstated appraisal to lenders like Highland to convince them to back the loan. Acton died in September, 2007.

Credit Suisse argued that it was not responsible for verifying CBRE`s appraisal and that disclaimers in the credit agreement barred Highland from pursuing claims.

Credit Suisse faces long odds in getting its case heard by the Texas Supreme Court. In the past five years, the court has only accepted 11.2 percent of the cases brought to it, according to annual statistical reports for the Texas judiciary analyzed by Reuters.

Of the cases the court does take, however, the justices reverse about 82 percent of the time, according to a 2012-2016 study by appellate lawyer Pamela Stanton Baron.

Meanwhile, a separate $350 million Highland lawsuit accusing Credit Suisse of fraud and breach of contract in six other land deals is still pending in New York.