Coronavirus Update: Anthony Fauci confident US will be battle-ready for COVID-19 this Fall 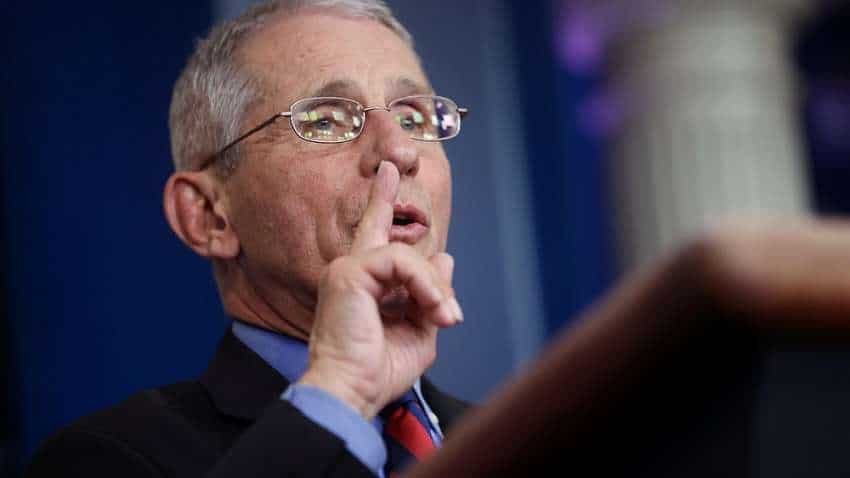 Coronavirus Update: Anthony Fauci underlined that a "number of clinical trials" are already on to find therapeutic drugs that take the edge off the virus. Photo: Reuters
Written By: IANS
RELATED NEWS

Coronavirus Update: America`s top infectious diseases doctor Anthony Fauci fully anticipates that the coronavirus will hit again this Fall but he is confident the US will be playing a "very different ball game" by then and have both therapeutic drugs and possibly a vaccine on the ready.

The US death toll from the pandemic, now the world`s highest, is inching closer to the 3,000 mark and the caseload climbed over 160,000 cases by March 30.

At a White House Coronavirus Task Force briefing Monday evening, Dr. Fauci said America`s ability to "go out and be able to test identify isolate and contact trace" when the virus hits again will be at a very different level than what it is now. At this time, more than a million tests have been done in the US, after precious time was lost in the initial days over faulty testing kits.

Fauci underlined that a "number of clinical trials" are already on to find therapeutic drugs that take the edge off the virus.

Striking an upbeat note as the US death toll climbed, Fauci said, "More importantly, we have a vaccine that`s on track and multiple other candidates."

If the vaccine development teams begin seeing an efficacy signal by the time of the Phase Two and Phase Three trials later this year, Fauci said the vaccine may be ready for use by "next season".

The White House coronavirus response co-ordinator Dr. Deborah Birx informed reporters that all US states` infection curves are moving in "exactly" the same direction, where a few cases suddenly explode into the hundreds and then thousands.

She urged all Americans to follow the `15 days to slow the spread` social distancing guidelines issued by the Centers For Disease Control and Prevention. The guidelines, first issued on March 16 have been extended till April 30.

Alignment with these guidelines at scale continues to be on voluntary terms, with a patchwork response across 50 states.

On Tuesday, the task force plans to lay out crucial data informing the models that are now predicting up to 200,000 deaths in a worst case scenario.

"We showed him the data. He looked at the data. He got it right away. It was a pretty clear picture," Fauci told CNN on Monday, after US president Donald Trump pushed out the social distancing guidelines till April 30.

Also on Monday, Seema Verma, Administrator for the Centers for Medicare and Medicaid Services, announced a slew of regulatory cuts so that US hospitals will be able to separate patients more easily and create surge capacity with quicker turnaround times. Across America, doctors and hospitals are describing apocalyptic scenes of ventilator shortage and an overwhelmed system simply unable to keep up with the outbreak.

New York, which has become the US epicenter of the outbreak, continued to be hammered by the virus` deadly blow. Governor Andrew Cuomo issued an urgent appeal for medical volunteers as the death toll here crossed the 1,200 mark.

Dr. Fauci has also warned that smaller cities are likely to see cases "take off" exactly like they have in New York City.