The outbreak of the novel coronavirus has devastated the Thai tourism sector, affecting their economy. 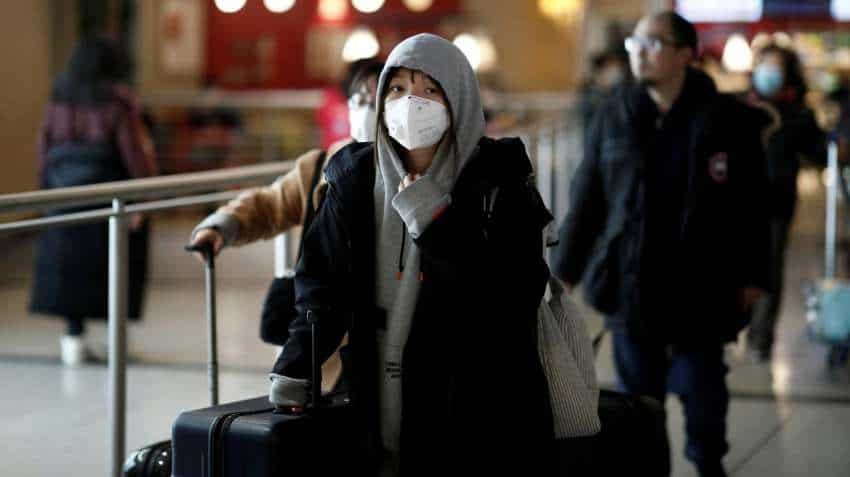 Thai government in January approved a set of measures including temporary tax cuts and soft loans to the sector.Photo:Reuters
Written By: IANS
RELATED NEWS

On a normal day, the Thai capitals iconic Grand Palace is flooded with Chinese tourists taking photos under statues of mythical giants and Buddhist icons. But now, they are rarely seen.

Thailand is the top destination for Chinese travellers, but the outbreak of the novel coronavirus (COVID-19) has devastated the Thai tourism sector and the normally bustling entrance to the dazzling palace complex is hauntingly quiet.

Towards the end of January, the Chinese government banned organised tourist trips in a bid to contain the COVID-19 epidemic.

The move has delivered a massive blow to Thailand where tourism accounts for up to 20 per cent of its Gross Domestic Product (GDP).

Nuanphan Sukho, who runs a clothing and beverage store near the palace, told EFE her daily income has fallen by 50 percent, by up to 1,000 or 2,000 baht (around $32-64), due to the absence of Chinese customers.

"Chinese customers buy a lot. We also sell to Western (tourists), but they buy less than the Chinese," says Sukho, 61, in the entrance of her shop.

The arrival of Chinese visitors to Thailand has increased tenfold in the last two decades with almost 11 million tourists in 2019, representing a third of the total arrivals to the country.

Coronavirus has caused more than 1,868 deaths and some 72,436 confirmed cases of infection in China, where the epidemic began in late December.

There are more than 800 cases across 30 countries, including Japan, South Korea, Thailand, the United States, Germany and Spain.

Fears over the spread of COVID-19 have led to the cancellation of flights into and from China and a travel ban on tourists from the Asian giant in countries such as Singapore, Malaysia and Indonesia.

Thailand is the exception and has not limited travel from China, but the virus is still causing a decline in tourists not only from China but from other countries in the region.

The daily arrival of travellers to Suvarnabhumi Airport, also known as Bangkok Airport, has dropped to 1,40,000, whic is 30 per cent less than last year.

The Tourism Authority of Thailand has lowered its forecast of tourist arrivals for 2020 from 40.8 to 36 million, at a cost of some $8 billion.

The most gloomy outlooks suggest a drop of up to 50 per cent in the tourism sector.

Losses mainly affect small businesses and street stalls for whom tourism is a lifeline.

Street vendors selling flowers, incense and amulets around the Erawan Shrine in Bangkok, home to the Hindu god of creation Phra Phrom (the Thai representation of Brahma) have taken a massive hit.

"Most of the revenue comes from Chinese buyers. Chinese groups came a lot and sometimes the street overflowed," said Sukij Yodsrimueng, who runs a team of 21 street vendors near Erawan.

According to Yodsrimueng, tourists mainly from China, Malaysia and Taiwan flock to Brahma`s shrine but due to the dramatic drop in numbers since the deadly virus emerged, the average income of vendors has fallen from about 1,000 ($32) to 200 baht ($6.40) per day.

To alleviate the economic hemorrhage, the Thai government in January approved a set of measures including temporary tax cuts and soft loans to the sector.

The decline in Chinese tourism is also affecting other countries such as Japan, the second most popular foreign destination for Chinese travelers, with more than 9.6 million visitors from the country in 2019, as well as South Korea (over 6 million), Vietnam (4.8 million), Singapore (3.6 million) and Malaysia (3.1 million).

Singapore expects Chinese tourism to plummet by 30 percent this year, while authorities in Japan, Malaysia and Indonesia have warned the epidemic will adversely affect the growth of their GDP.

The many airlines that have suspended flights to China will also register massive losses as a result of the health crisis.

According to data from the International Air Transport Association, the SARS crisis, caused by another type of coronavirus, cost airlines 8 percent of revenues between 2003 and 2004.

China is the largest exporter of tourism, with about 150 million travellers who spent around $130 billion worldwide in 2018, according to official data.