Coronavirus impact: The Covid-19 outbreak has caused a massive disruption across the globe, affecting the economies and forcing multiple governments to close down their borders. 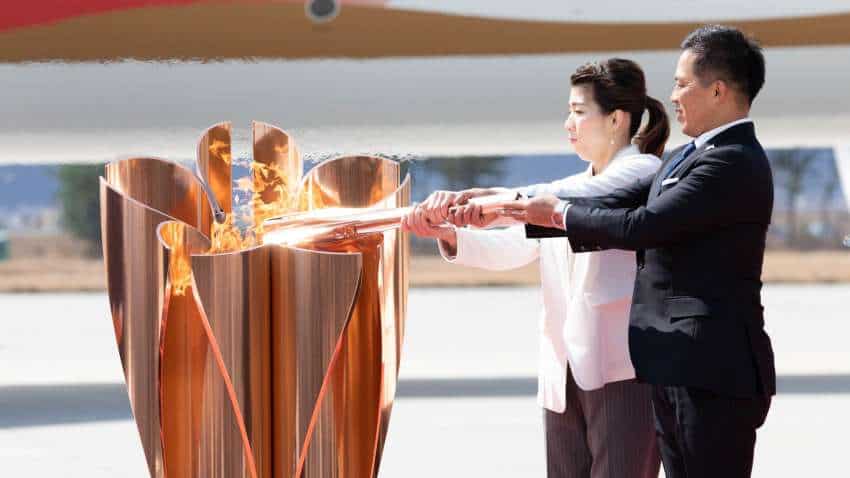 The Tokyo Olympics was the latest to be postponed by a year. Source - Tokyo Olympics Twitter.
Written By: ZeeBiz WebTeam
Edited By: Harish Dugh
RELATED NEWS

Coronavirus impact: The Covid-19 outbreak has caused a massive disruption across the globe, affecting the economies and forcing multiple governments to close down their borders. India too has announced a 21-day nationwide lockdown starting Wednesday. With public gatherings being considered a major threat, top events across the world have been cancelled to ensure social distancing. The Tokyo Olympics was the latest to be postponed by a year – making it the first instance when the sports event has been pushed back. Here is the full list of major events cancelled or postponed worldwide –

- Indian Premier League or IPL has been postponed due to coronavirus.

- Several big films like latest James Bond film, No Time To Die’s, Fast and Furious 9, 83 and Sooryavanshi have been delayed.

- National basketball association or NBA has suspended their current season.

- Tokyo Olympics has been pushed to next year.

- All the English Premier League matches have been suspended till the end of April.

- All sporting events in Iran and Italy have been cancelled.

- Fifa has postponed the Asian qualifiers for the 2022 world cup to take place in Qatar.

- Music festivals Coachella and StageCoach have been postponed to October.

- The largest video game trade event E3 has been cancelled.

- London book fair has been cancelled to avoid gathering of crowds.

There are health advisories being put up to maintain social distance during this medical crisis and maintain hygiene by sanitising and washing your hands frequently.