The overall death toll in china reached to 1,523 with a total of 66,492 confirmed cases due to coronavirus. 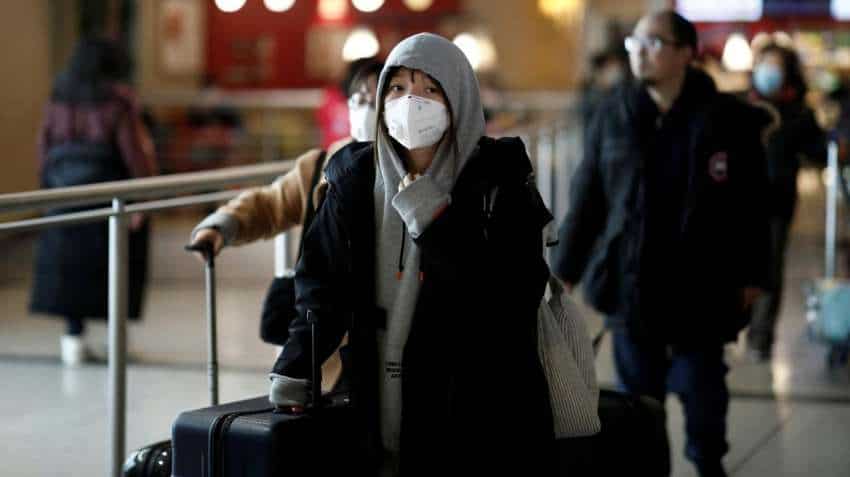 Commission said that 11,053 patients remained in severe condition and 8,969 people were suspected of being infected. Photo:Reuters
Written By: IANS
RELATED NEWS

The overall death toll in China due to the deadly coronavirus on Saturday increased to 1,523, with a total of 66,492 confirmed cases, authorities said. The National Health Commission said that it had received reports of 2,641 new confirmed cases and 143 deaths on Friday from 31 provincial-level regions and the Xinjiang Production and Construction Corps, reports Xinhua news agency.

Among the deaths, 139 were in Hubei province, two in Henan, and one each in Beijing and Chongqing, according to the Commission.

Also on Friday, 849 patients became seriously ill, while 1,373 people were discharged from hospital after recovery.

The Commission added that 11,053 patients remained in severe condition and 8,969 people were suspected of being infected with the virus.

A total of 8,096 people had been discharged from the hospital after recovery.

The commission said 513,183 close contacts had been traced, adding that among them, 30,081 were discharged on Friday, while 169,039 others were still under medical observation.

In an announcement on Saturday, authorities in Beijing have ordered everyone returning to the Chinese capital city to go into quarantine for 14 days or risk punishment in the latest attempt to contain the deadly new coronavirus, the BBC reported.

Residents were told to "self-quarantine or go to designated venues to quarantine" after returning to the Chinese capital from holidays.

The measure came as Egypt confirmed the first coronavirus case in Africa.

Outside China, there has been three deaths -- Hong Kong, the Philippines and Japan.