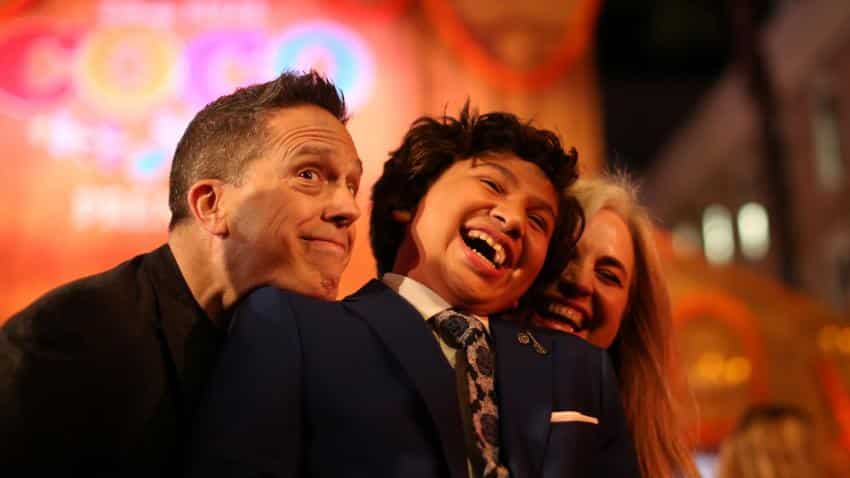 Disney-Pixar`s animated comedy "Coco" easily repeated as the winner of the North American box office with a solid $26.1 million at 3,987 locations during a moderate weekend.

The third weekend of Warner Bros.-DC Entertainment`s "Justice League" finished second with $16.7 million at 3,820 sites, with the superhero tentpole dropping 60%.

The major studios opted to rely on holdovers during the session and held off on any wide openings. A24 generated strong performance from its limited launch of James Franco`s "The Disaster Artist" with $1.2 million at 19 locations for a $64,254 per screen average. Fox Searchlight`s "The Shape of Water" saw an impressive $166,800 at two theaters and Woody Allen`s "Wonder Wheel" debuted with a solid $140,555 at five sites through Amazon.

"Coco" has now taken in $108.7 million in its first 12 days following a 47% decline from its opening. The film, based on the traditions surrounding the Day of the Dead holiday in Mexico, centers on a 12-year-old boy who dreams of becoming a musician. The film has been embraced by critics with a 97% score on Rotten Tomatoes. Disney`s "Moana" performed slightly better during the same period last year with $119.8 million after 12 days.

The studio has not released a price for "Coco." Disney-Pixar titles are usually budgeted in the $175 million to $200 million range.

Gal Gadot stars as Wonder Woman along with Ben Affleck as Batman, Henry Cavill as Superman, Jason Momoa as Aquaman, Ezra Miller as the Flash, and Ray Fisher as Cyborg as the superheroes team up to save the world. Warner Bros. has not disclosed the production cost, which is believed to be as much as $300 million.

Overall domestic moviegoing totaled $104 million, up $8 million from the same frame in 2016 and the biggest post-Thanksgiving weekend in five years, according to comScore.

"The biggest post-thanksgiving weekend since 2012 proves that there was no need for a wide release newcomer to drive large numbers of moviegoers to the multiplex that is already chock full of appealing titles from both the blockbuster side of the ledger and awards season favorites," said Paul Dergarabedian, senior media analyst with comScore.

Year-to-date domestic box office is down 3.9% to $9.86 billion as of Sunday, according to comScore. Even with a blockbuster performance by Disney-Lucasfilm`s "Star Wars: The Last Jedi," which opens Dec. 15, the final 2017 box office number is likely to finish at least 2% down at the end of the year.