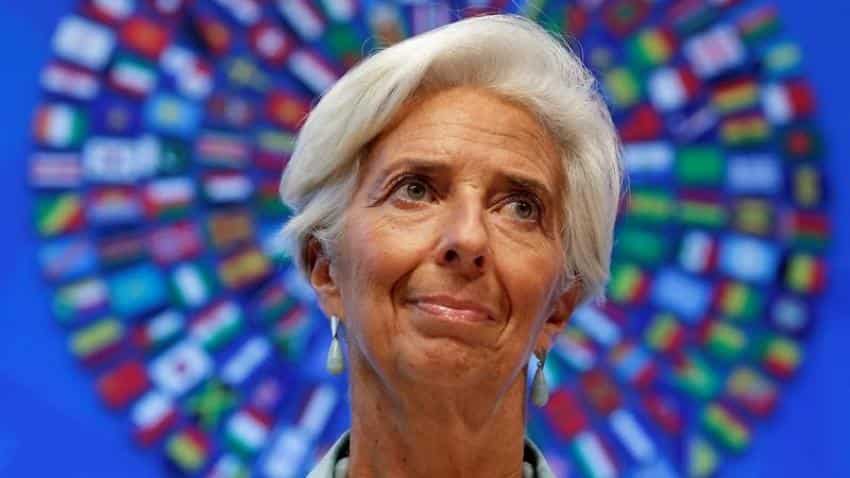 International Monetary Fund (IMF) chief Christine Lagarde kept her job and escaped punishment on Monday despite a conviction on negligence charges by French judges over a state payout made while she served as France`s finance minister in 2008.

The Washington-based IMF executive board reaffirmed its full confidence in Lagarde`s abilities to perform her duties leading the Fund, hours after the verdict was issued in Paris.

"The Executive Board looks forward to continuing to work with the Managing Director to address the difficult challenges facing the global economy," the board said in a statement.

In Monday`s ruling, the judges did not find negligence in Lagarde`s decision to seek an out-of-court settlement with tycoon Bernard Tapie. But they said her failure to contest the award to him of about 400 million euros ($417 million) was negligent and led to a misuse of public funds.

"The context of the global financial crisis in which Madame Lagarde found herself in should be taken into account," Martine Ract Madoux, the main judge on the case, said in explaining the absence of any sentence.

She also cited Lagarde`s good reputation and international standing as reasons why the court did not order a punishment. The charge against Lagarde could have carried a sentence of up to a year in prison.

Lagarde, whom IMF members reappointed in February, has won respect from global finance leaders for pushing governments to do more to boost economic growth and helping to include China`s yuan in the fund`s currency basket.

Lagarde`s lawyer, Patrick Maisonneuve, said immediately after the ruling that his team would look into appealing the decision. Though an appeal could clear her name, it could also turn out worse for Lagarde.

"Since Madame Lagarde was not sentenced, I wonder about whether to appeal or not to the highest court," Maisonneuve told reporters outside the court.

Lagarde, who described the case as a five-year ordeal, argued in the trial last week that she had acted in good faith, and with the public interest in mind.

She said she had signed off on the arbitration - against the advice of some Finance Ministry officials - to end a costly 15-year-old legal battle between the government and Tapie, a supporter of then-President Nicolas Sarkozy.

The case dates back to when Tapie sued the French state for compensation after selling his stake in sports company Adidas to then state-owned Credit Lyonnais in 1993.

He accused the bank of defrauding him after it resold its stake for a much higher price. With the case stuck in the courts, the two sides agreed to a private settlement and Tapie was awarded a 403 million euro payout, including interest and damages.

The case was only the fifth ever heard by a special French court created in 1993 to try government ministers. The court of 15 judges, including 12 lawmakers, has never handed down a firm prison sentence.