Christie`s in New York on Wednesday made a record through its latest auction titled "Maharajas and Mughal Magnificence" sale that featured a collection of Indian and Indian-inspired pieces of high jewellery. 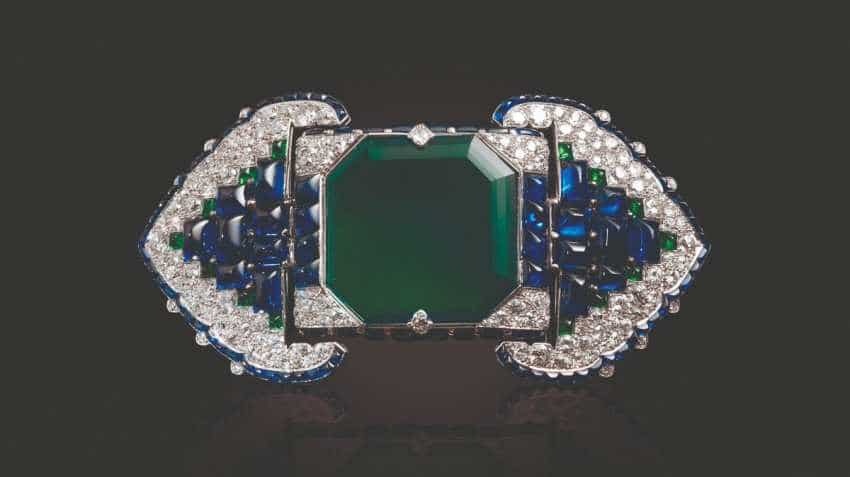 Global auction house Christie`s in New York on Wednesday made a record through its latest auction titled "Maharajas and Mughal Magnificence" sale that featured a collection of Indian and Indian-inspired pieces of high jewellery. The auction realised high prices for its first few lots that included a 17-carat Golconda diamond "Arcot II", once owned by the Nawab of Arcot, that sold for a stunning Rs 23.5 crore ($3,375,00), an IANS report said, adding that the auction showcased 400 royal objects from The Al Thani Collection of the Qatar`s royal family.

Earlier informing about the event, Christie`s reportedly said this collection is poised to be the most valuable auction of jewellery and jewelled objects. Notably, the current auction record is held by The Collection of Elizabeth Taylor, which totalled $144 million in 2011.

The sale also includes an antique diamond riviere necklace once owned by the Nizams of Hyderabad, which sold for $2,415,000 (nearly Rs 17 crore). The 33-diamond necklace was estimated to sell for $1,500,000 (nearly Rs 10.5 crore), Christie`s announced on Twitter.

About the auction, Christie's tweeted "#AuctionUpdate 'An Antique Imperial Spinel, Pearl and Emerald Necklace' realizes $3,015,000, compared to an original high estimate of $2,000,000"

The auction had started with the `Indore Sapphire Taveez Bead Pendant Necklace, Mounted By Cartier` that owes its provenance to Indore`s Maharaja Yeshwant Rao Holkar II, who was educated in England and spent much time abroad with his wife, said the report. The royal necklace achieved $206,250 (Rs 1.44 crore), surpassing a high estimate of $60,000 (Rs 42 lakh), Christie`s tweet stated.

An antique diamond ring of Rajmata Gayatri Devi of Jaipur sold for Rs 4.45 crore. Another major sale was of an enamelled and jewelled `huqqah` set from 1680-1720, "almost certainly made in the imperial Mughal workshop" as per Christie`s, which went under the hammer for $759,000 (almost Rs 5.3 crore) as compared to its higher limit estimate of $350,000 (almost Rs 2.4 crore).