Chinese bank staff offered dinner and photos with US President Trump for $150,000 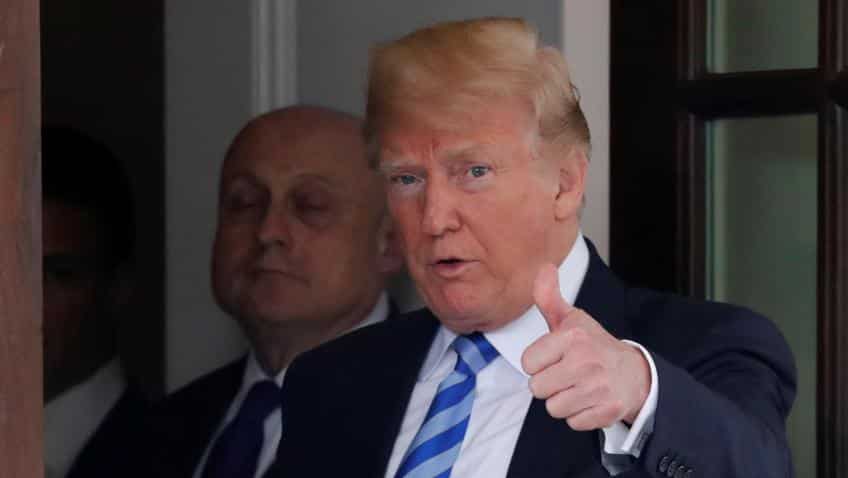 Trump is scheduled to host a $50,000-a-head fund-raising dinner with the Republican National Committee in Dallas that night. Image source: Reuters
Written By: Reuters
RELATED NEWS

A Chinese bank said on Friday it was tightening up its management after some staff were caught offering elite clients the chance to attend a dinner with U.S. President Donald Trump, and get their pictures snapped with him, for $150,000. An invitation emblazoned with the logo of the China Construction Bank Corp (CCB) circulating on the Weibo social media platform, offered high-net-worth clients the opportunity to attend a May 31 dinner in Dallas to mingle with U.S. "tycoons".

The CCB branch in the technology hub of Shenzhen said it had not organised the offer but that after an investigation it found that the dinner had been promoted by some employees. As a result, it would strengthen internal management and standardize marketing activities, the bank said in a statement.

The invitation was circulating online as Chinese Vice Premier Liu He, who is leading a trade delegation in Washington, met Trump to ease escalating trade tensions.

Trump has threatened to impose tariffs on Chinese goods worth up to $150 billion to combat what he says is its misappropriation of U.S. technology through joint venture requirements and other policies.