Sinopec and other oil groups including China National Petroleum Corporation and CNOOC made large acquisitions between 2009 and 2013 with the help of low-cost loans from Chinese state-owned banks. 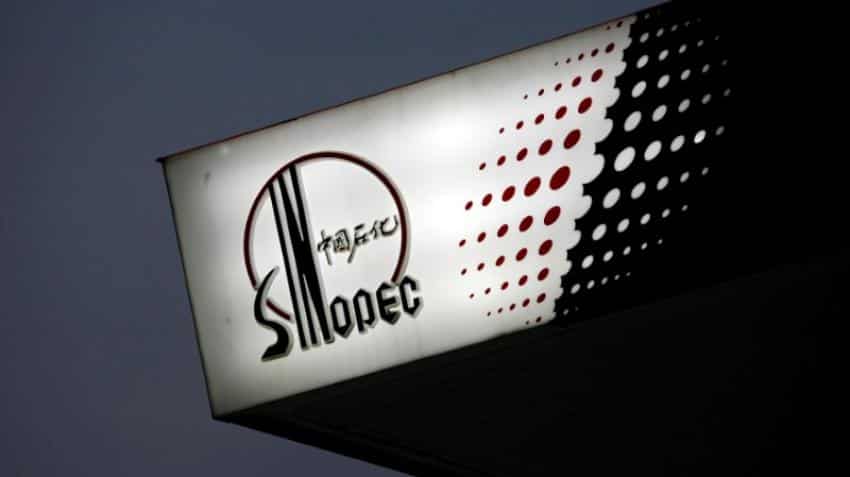 The Sinopec logo is seen at one of its gas stations in Hong Kong. Image source: Reuters

China`s Sinopec Group has hired BNP Paribas to sell its oil business in Nigeria and Gabon, three people with knowledge of the matter said, as the state-owned oil giant pares back its presence in Africa.

Sinopec and other oil groups including China National Petroleum Corporation and CNOOC made large acquisitions between 2009 and 2013 with the help of low-cost loans from Chinese state-owned banks.

The hunt for overseas assets was intended to bulk up their energy reserves and meet future demand from China, the world`s second-largest economy.

But oil prices fell to about $27 a barrel in 2016 from more than $100 in 2014, making some of these investments unprofitable. Benchmark Brent Crude oil is now trading at more than $60.

"Sinopec is trying to sever ties," one of the people told Reuters. "It has hired BNP to sell (its) assets in Nigeria and Gabon."

A Sinopec spokesman did not respond to requests for comment and a BNP Paribas spokeswoman declined to comment.

Sinopec spent $7.24 billion in 2009 for Switzerland-based Addax Petroleum, its largest ever foreign oil acquisition, to secure land in Nigeria, Gabon, Cameroon and Iraq that was licensed for extraction and exploration.

It offered considerable potential as commodity prices rose but bankers expect the Nigeria and Gabon assets to sell for less than $1 billion.

The sources said Sinopec was planning to sell Addax`s onshore and offshore oil and gas production sites in Nigeria and Gabon. Sinopec`s Cameroon operation would be its only remaining project in Africa.

"We`ve already seen several Chinese companies divest some of their overseas assets," said a second person, who asked not to be named. "At the current oil prices, such investments (are not) economically viable for Chinese companies."

The sources said Sinopec had also decided to sell Addax after a recent bribery investigation by Geneva prosecutors into payments made in Nigeria.

Addax agreed to pay 31 million Swiss francs to settle the bribery charges, for which its executive officer and legal director had also been charged, and shut its offices in Geneva, Houston and Aberdeen.

At the time, Addax said its parent company was closing the offices in response to low oil prices and did not comment on the investigations at the time.

The Sinopec spokeswoman did not respond for a request for a comment on whether this was a reason for the sale.
MILITANT ATTACKS

Nigeria, Africa`s largest economy, fell into recession for the first time in 25 years in the second quarter of 2016, after militant groups attacked oil and gas facilities in its Delta region. That cut the country`s oil production dramatically.

The latest group of militants to emerge in the Delta earlier this year also threatened that oil facilities belonging to major international oil companies would be destroyed.

Sinopec`s assets in Nigeria and Gabon could attract the interest of companies already operating in the region including Perenco, which bought Total`s assets in Gabon for $350 million earlier this year, and Kosmos Energy, the sources said.

One of the people who spoke to Reuters said that Sinopec was looking to sell some of the Chinese company`s other exploration and drilling businesses outside China because of falling oil prices and regional political instability.

Sinopec has also agreed to sell its oil business in Argentina for $500 million to $600 million to Mexican company Vista Oil & Gas, according to sources, in part because of social unrest there.

Did you withdraw money from PPF, EPF accounts during COVID-19 pandemic? Here are the tax implications