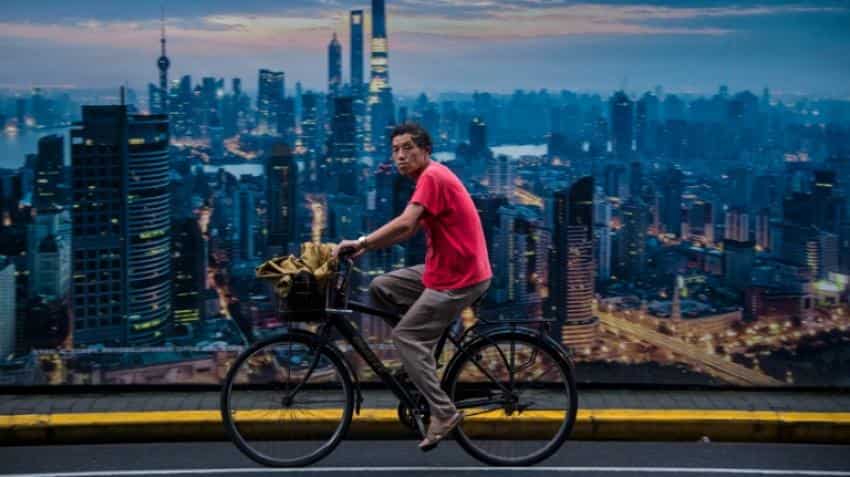 China`s growth slipped to a new seven-year low of 6.6% in the second quarter, according to an AFP survey, despite government efforts to spur activity in the world`s second-largest economy.

The forecast for expansion in gross domestic product (GDP), based on a poll of 17 economists, represents an easing from 6.7% in the first three months of the year.

As the world`s biggest trader in goods China is crucial to the global economy and its performance affects partners from Australia to Zambia. Investors worldwide have been worried by its slowing growth.

"Momentum remains downward, so if the government would like to maintain a 6.5% minimum growth rate in the next several years, more aggressive stimulus will be needed," Brian Jackson, Beijing-based economist at IHS Economics, told AFP.

The slowdown comes as policymakers seek to retool the economy, embracing weaker growth as a trade-off for structural reforms to wean the country off cheap exports and massive government spending in favour of domestic consumption.

Official Chinese figures are viewed with widespread scepticism, and just days ago the government altered its growth calculation method for the second time in less than a year.

"China`s quarterly GDP releases are being greeted with increasing scepticism and for good reason," Capital Economics said in a recent research report.

"The speed of growth that it points to is increasingly hard to believe given the clear structural drags that the economy is facing."

Still, most wave off fears of a "hard landing" for China.

"We expect data for the second quarter of 2016 to further reinforce our view that China has not collapsed," PNC Financial Services Group senior international economist Bill Adams said in a research note, though he added the country still faces "daunting challenges".

Lower commodity prices, a decline in private spending and weak exports all dragged on the economy in the April-June period, analysts said.

Adding to the uncertainty, recent flooding in China could cut into industrial production although at the same time give the government the opportunity to build infrastructure for water control, which could be positive for longer-term growth.

"Infrastructure will likely remain a key sector that policy makers rely on to stabilise growth," Rong Jing, an economist at BNP Paribas in Beijing, told AFP.

"If `Brexit` results in slower growth in the UK and anxiety in the developed West and in emerging Europe, the Chinese share of global growth could rise even higher," Andy Rothman, investment strategist at Matthews Asia, said in a research note.

In order to maintain expansion, the central bank must maintain its loose monetary policy, possibly by again cutting the proportion of funds banks must set aside as reserves as well as interest rates -- which it has already lowered six times since late 2014.

An annual summer gathering of Chinese leaders at the beach resort of Beidaihe could yield other economic policies after the State Council, or cabinet, called for support to boost private investment, analysts said.

"The government is likely to introduce further loosening but not necessarily strong stimulus," Zhao Yang, an economist at Nomura in Hong Kong, told AFP.

"Economic growth will likely continue to slow down in the next two to three years," he said, adding the level could drop to 5.0% or even less.