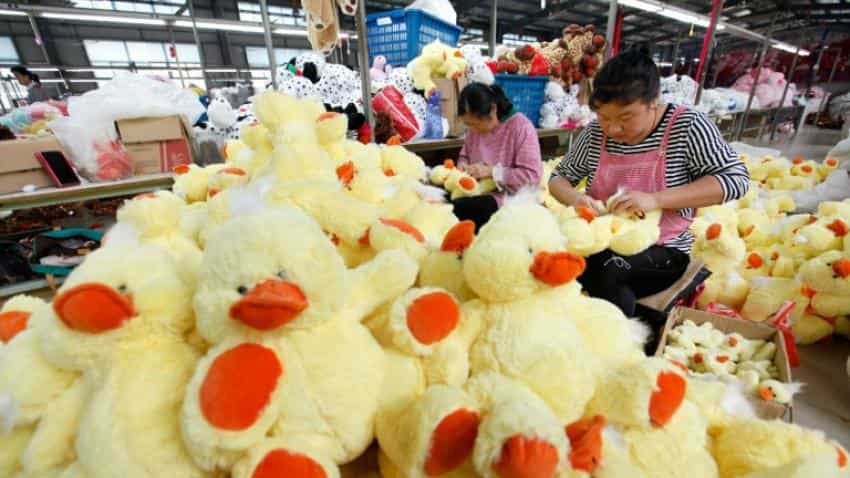 Chinese firms have for years been battered by falling prices for their goods in the face of chronic overcapacity and weak demand, putting a damper on growth in a key driver of the world economy. Image Source: AFP
Written By: AFP
RELATED NEWS

The price of goods at the factory gate rose in China for the first time in more than four years in September, officials said on Friday, in a positive sign for demand in the world's second-largest economy.

The producer price index (PPI) rose 0.1% year-on-year in the month, according to the National Bureau of Statistics (NBS), adding it "ended 54 consecutive months of year-on-year falls".

Chinese firms have for years been battered by falling prices for their goods in the face of chronic overcapacity and weak demand, putting a damper on growth in a key driver of the world economy.

Protracted drops in PPI bode ill for industrial prospects and economic growth, as they put off customers -- who seek to delay purchases in anticipation of cheaper deals in future -- starving companies of business and funds.

"The demand-supply imbalance was eased and inventory and sales in key industries showed signs of improvement," Yu said in a statement on the NBS website.

Beijing this year vowed to eliminate 100 million to 150 million tonnes of steel capacity by 2020 and cut 500 million tonnes (MT) of coal mining capacity within three to five years, as it seeks to restructure lumbering state-owned enterprises.

September's increase was the first rise since January 2012 and came in ahead of expectations of a 0.3% fall in a survey of economists by Bloomberg News.

The consumer price index (CPI), a key gauge of retail inflation, rose 1.9%, also above expectations of 1.6%.

An official measure of manufacturing activity maintained its strongest level in nearly two years in September while auto sales grew at their fastest rate in three years in the world's biggest car market.

But exports sank 10.0% year-on-year, suggesting the Asian giant is yet to see the bottom of its years-long growth slowdown.

China expanded last year at its slowest rate in a quarter of a century as Beijing strives to effect a difficult transition from reliance on exports and fixed-asset investment to an economy driven by consumers.

Telangana Class 12 exams CANCELLED, Class 11 students to be promoted- Check how results will be EVALUATED