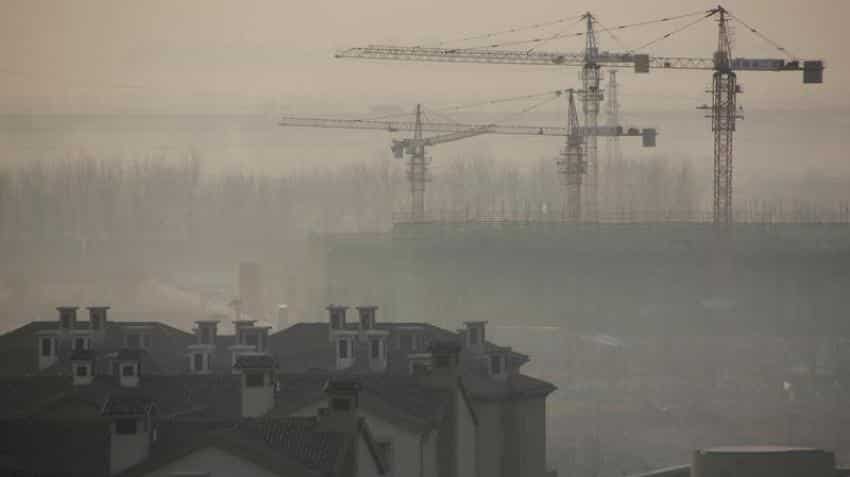 China`s home prices slowed further last month as a raft of curbs cooled a furious price rally, but a supply shortage in parts of the nation and sizable inventories elsewhere underscored the challenges facing policymakers as they try to stabilise a polarised market.

Analysts say government tightening measures in the past several months appeared to have dented speculative demand, a particularly welcome sign given underlying worries the overheated property market could crash and knock the economy hard.

"The slowdown is within our expectations. It showed the concerted efforts from the central government to local government have been quite effective in curbing prices," said Tang Li, a property analyst at investment bank NSBO.

New home prices rose 0.6% month-on-month in the nation`s 70 major cities, slowing from October`s 1.1%, according to Reuters calculations from data issued by the National Bureau of Statistics (NBS) on Monday.

Despite the slowdown, however, market watchers are wary of a price rebound in the biggest cities due to a supply shortage that has fed persistently strong demand.

"It`s likely there could be a rebound in first-tier cities and some second-tier cities in a few months," Tang said.

First-tier cities such as Shenzhen, Shanghai and Beijing prices rose 27.9%, 29.0% and 26.4%, respectively, from a year earlier, but their monthly pace slowed significantly as tightening measures implemented by local governments started to take effect.

Home prices in Shenzhen fell for a second month to be off 0.3% from October, while Beijing and Shanghai prices were unchanged on a monthly basis, compared to a 0.5% rise for both cities last month.

Compared with a year ago, new home prices still rose 12.6%, up from a 12.3%increase in October, the National Bureau of Statistics (NBS) said.

China has depended on a surging real estate market and government stimulus to drive growth this year, but policymakers have become concerned that a property frenzy will fuel price bubbles and risk a market crash.

With the economy showing signs of stabilising in recent months, authorities remain keen to bring some equilibrium to the property sector.

Regulators have told banks to strengthen risk management around property loans. More restrictions on home purchases have been implemented to curb soaring prices.

The curbs seem to be working, with home sales and new property investment slowing significantly in November.

Still, overheating was only seen in about a dozen of China`s biggest cities, while smaller cities continue to face a glut of inventories which remain largely uncleared.

The property sector contributed 8% to China`s gross domestic product (GDP) growth in the first nine months of 2016, according to China`s National Statistics Bureau.

Property investment is likely to grow at 5% next year, according to a forecast from government think tank China Academy of Social Sciences (CASS) published on Monday.

Analysts are already expecting the property sector to be a drag on growth next year. The challenge for policymakers will be in ensuring home ownership remains attractive even as they put in place curbs to temper a speculative rally.