China's services sector expanded at the slowest pace in four months in February, with new business still growing at a solid rate but increasing competition making it harder for companies to raise prices, a private survey showed. 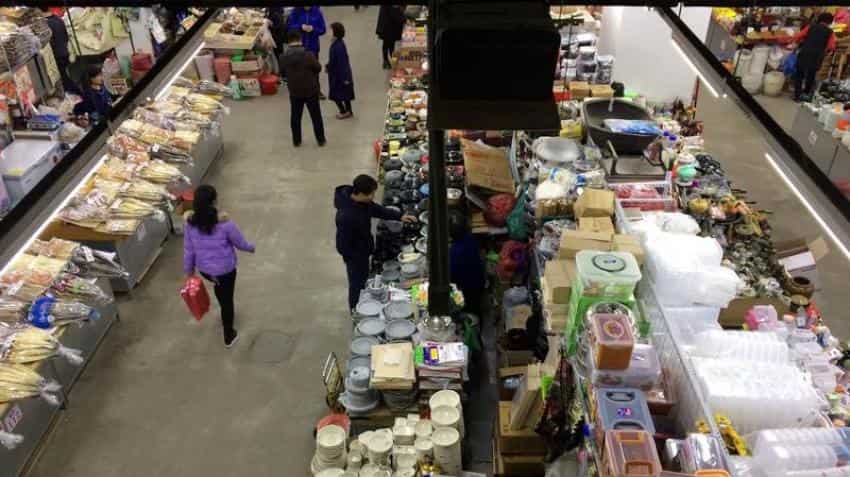 China's plans to launch of first cargo spacecraft in April

Activity in China`s services sector expanded at the slowest pace in four months in February, with new business still growing at a solid rate but increasing competition making it harder for companies to raise prices, a private survey showed.

The findings echoed a similar softening in growth in China`s official services activity survey released on Wednesday, and contrasted with an unexpected pick-up in growth in its manufacturing sector as export orders rebounded.

The February services PMI dipped to 52.6 in February on a seasonally adjusted basis, from 53.1 in January, the Markit/Caixin services purchasing managers` index (PMI) showed.

While it remained well above the 50-mark that separates expansion in activity from contraction on a monthly basis, it was the slowest rate of expansion since October.

Any signs of flat-lining in services sector growth, which is more dependent on domestic demand, could indicate a slowdown in momentum for the economy overall. Some analysts say domestic demand growth already may have plateaued.

That could put policymakers in a dilemma on how to meet ambitious growth targets while also containing financial risks created by years of debt-fuelled stimulus.

The central bank has gradually moved to a tightening bias in recent months, as a string of data showed the world`s second-largest economy was on steadier footing.

The Chinese government will hold annual parliamentary meetings starting this weekend, where leaders will announce an economic growth target and other policy priorities, including potentially a slightly lower target for economic and money supply growth and an emphasis on managing debt risks.

Though inflation in January rose to multi-year highs, the Caixin survey found that prices Chinese firms were able to charge their customers were little changed.

Survey respondents said increased competition had restricted their pricing power, even as their input prices continued to rise, albeit at a slower pace.

"Inflationary pressures seemed to have started to ease as price increases in both manufacturing and services continued to weaken," said Zhengsheng Zhong, Director of Macroeconomic Analysis at CEBM Group, in a note with the data.

Service companies continued to add job at a solid pace, and remained optimistic about growth in the next 12 months.

"The Chinese economy is expected to maintain the growth momentum in the first quarter of this year. But signs of weakening may emerge from the second quarter," said Zhong.

China's plans to launch of first cargo spacecraft in April