China`s economy hit its slowest pace of growth in a year in the third quarter, hurt by power shortages and wobbles in the property sector, highlighting the challenge facing policymakers as they seek to prop up a faltering recovery while reining in the real estate sector. 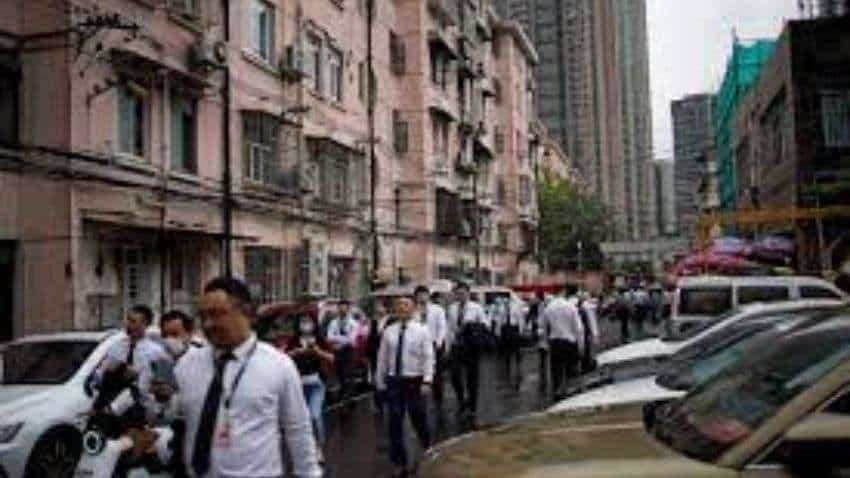 China`s economy hit its slowest pace of growth in a year in the third quarter, hurt by power shortages and wobbles in the property sector, highlighting the challenge facing policymakers as they seek to prop up a faltering recovery while reining in the real estate sector.

Gross domestic product expanded 4.9% from a year ago, missing forecasts, as attempts by Beijing to curb lending to the property sector exacerbated the fallout from electricity shortages which sent factory output back to levels last seen in early 2020, when heavy COVID-19 curbs were in place.The world`s second-largest economy had staged an impressive rebound from last year`s pandemic slump but the recovery has lost steam from the blistering 18.3% growth clocked in the first quarter.

Under President Xi Jinping, a drive to make structural changes that address long-term risks and distortions, which has involved crackdowns on the property sector and technology giants, as well as carbon emission cuts, has taken a toll.

Analysts at Barclays cut their fourth quarter forecast by 1.2 percentage points to 3.5% on the disappointing data.Policymakers will now have to balance the impact of those structural changes with steps that will shield the economy and tame contagion risks from a debt crisis at major developer China Evergrande Group."In response to the ugly growth numbers we expect in coming months, we think policymakers will take more steps to shore up growth, including ensuring ample liquidity in the interbank market, accelerating infrastructure development and relaxing some aspects of overall credit and real estate policies," said Louis Kuijs, head of Asia economics at Oxford Economics.A Reuters poll of analysts had expected GDP to rise 5.2% in the third quarter.

The weak numbers sent the yuan and most Asian stock markets lower amid broader investor concerns about the world economic recovery.In Europe, China-exposed luxury stocks including LVMH, Kering and Hermes fell about 3% each, also hurt by Xi`s call for the expansion of a consumption tax.POLICY-DRIVEN China, still an avowedly socialist country, has pledged to reduce inequality after years of breakneck growth but may have to tread cautiously to avoid derailing a private sector that has been vital engine of growth and jobs, analysts say.In an essay in the ruling Communist Party journal Qiushi last week, Xi called for progress on a long-awaited property tax that could help reduce wealth gaps.

New construction starts in September slumped for a sixth straight month, NBS data showed, the longest spate of monthly declines since 2015, as cash-strapped developers reined in investment and paused projects following tighter borrowing limits.Meanwhile, the industrial sector has been hit by power rationing triggered by coal shortages, as well as environmental curbs on heavy polluters like steel plants and floods over the summer.

Overall industrial output rose just 3.1% in September from a year earlier, marking the slowest growth since March 2020, during the first wave of the pandemic.Aluminium output declined for the fifth consecutive month and daily crude steel output hit the lowest level since 2018.Bucking the negative trend, retail sales grew 4.4%, faster than forecasts and the 2.5% growth in August, and the surveyed nationwide jobless rate fell from 5.1% to 4.9%."Most of the (negative) factors are policy-driven... the economy is having a lot of pain points and these pain points are not going away soon because policies are here to stay, and therefore it will continue into 2022," said Iris Pang, chief economist for Greater China at ING.On a quarterly basis, growth eased to 0.2% in July-September from a downwardly revised 1.2% in the second quarter.

Premier Li Keqiang said last week that China has ample tools to cope with economic challenges despite slowing growth, and expressed confidence in hitting full-year development goals.On Sunday, People`s Bank of China governor Yi Gang said the economy is expected to grow 8% this year.Still, the central bank is expected to remain cautious about monetary easing due to worries about high debt and property risks.Analysts polled by Reuters expect the People`s Bank of China to refrain from attempts to stimulate the economy by reducing the amount of cash banks must hold in reserve until the first quarter of 2022.