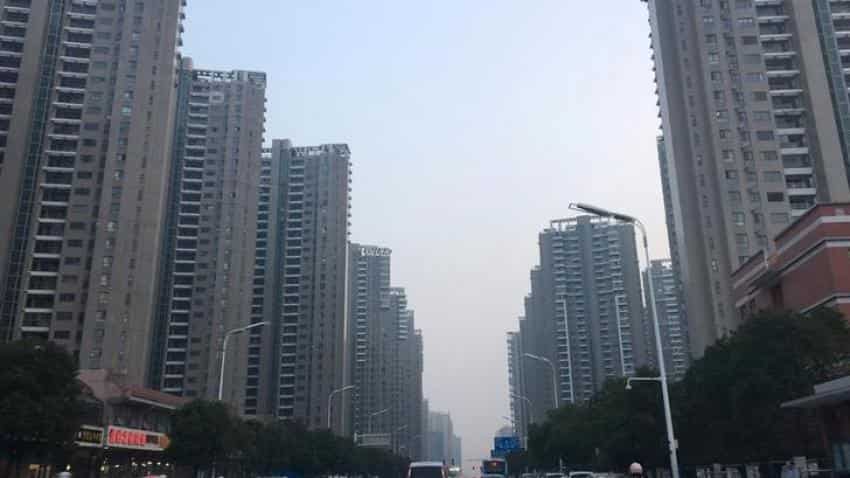 China issued a raft of upbeat data on Tuesday showing the economy got off to a strong start to 2017, supported by strong bank lending, a government infrastructure spree and a much-needed resurgence in private investment.

Solid growth is welcome news for China`s policymakers as they turn their focus to containing risks from a sharp build-up in debt ahead of a major leadership reshuffle later this year.

But economists are not sure how long the pace can be sustained as the central bank takes a tighter stance on credit and exporters brace for a surge in U.S. protectionism.

Fixed-asset investment expanded more strongly than expected in the first two months of the year as growth in private investment more than doubled from 2016, while surging demand for steel for new roads, bridges and homes lifted factory output.

That added to readings last week showing robust imports, particularly of commodities such as iron ore, and a sharp rise in producer prices which is boosting industrial profits.

"Today`s data appeared to be mainly driven by infrastructure spending and a rebound in the real estate sector," said Zhou Hao, a Singapore-based economist at Commerzbank.

China has cut its growth target to around 6.5 % this year to give policymakers more room to push through painful reforms to reduce financial risks created by years of debt-fuelled stimulus. The world`s second-largest economy grew 6.7 % last year, the slowest pace in 26 years.

China`s first-quarter economic growth could accelerate to 7 % year-on-year, from 6.8 % in the last quarter, economists at OCBC wrote in a note last week.

But OCBC and many other China watchers expect that pace will begin to slow starting in spring as the payoff from last year`s stimulus spree begins to fade.

"This strength remains heavily reliant on rapid investment growth that will be difficult to sustain given clear signals that the fiscal and monetary policy stance will be less supportive this year," says Julian

China`s new loans fell sharply in February from near-record levels the previous month but were still higher than expected.

Analysts singled out an unexpectedly strong rebound in investment as particularly encouraging for China`s outlook.

Fixed-asset investment growth accelerated to 8.9 % in January and February from the same period last year, largely due to strong property and infrastructure construction.

Growth in private investment quickened to 6.7 %, more than twice the pace of last year, suggesting private firms are growing more optimistic about the business outlook.

Sheng Laiyun, a spokesperson for the statistics bureau, attributed the rebound largely to better implementation of Public-Private Partnership (PPP) projects, which the government has been pushing to attract more private capital into traditionally state-dominated areas.

Private investment had cooled sharply last year, with many smaller firms facing tough access to financing, tight profit margins and a crowding out by big state companies. Private investment accounts for about 60 % of overall investment in China.

Industrial output rose 6.3 %, slightly more than expected and the best pace in nearly a year.

China`s steel mills are churning out as much metal as possible, enjoying their best profits in years, even as they worry that a year-long rally in prices is running out of steam, executives said.

China combines January and February activity data in a bid to smooth out seasonal distortions caused by the timing of the long Lunar New Year holidays, which began in late January this year but fell in February last year.

Real estate data was mixed, with some hints that the sector may be showing signs of heating up again, despite a slew of government curbs since October to tame sharp home price rises.

China`s property sales by area surged 25.1 % in the first two months from a year ago, well above the annual rate last year which was the fastest in seven years. It was also a marked surge from December.

A rebound in the sector could risk another round of cooling measures which could drag on broader growth.

Sales grew 9.5 % in the first two months of the year, the slowest pace in nearly two years and cooling from 10.9 % in December.

But the statistics bureau`s Sheng told reporters "there is no problem with consumption in China", stressing weaker growth is mainly due to a slowdown in auto sales after the government rolled back tax breaks on small cars.

Trump plans to host President Xi Jinping at a summit next month, according to media, as his administration seeks to smooth relations which have got off to a rocky start.

During the election campaign, Trump had threatened to label China a currency manipulator and impose huge tariffs on imports of Chinese goods.

He has not followed through on either move yet, but the U.S. Treasury will issue its semi-annual currency report in April.