The Gwadar Port in Pakistan`s Balochistan province is the venue of the USD 63 billion China-Pakistan Economic Corridor (CPEC). China is developing Pakistan`s power plants, airports, highways and other infrastructure under the project. Also, Beijing aims to link its landlocked western region to Gwadar.Despite this, some analysts have expressed concerns such as rising trade deficit of Pakistan with China. There are also doubts on how Islamabad will repay off its debt to Beijing if the former is unable to do so 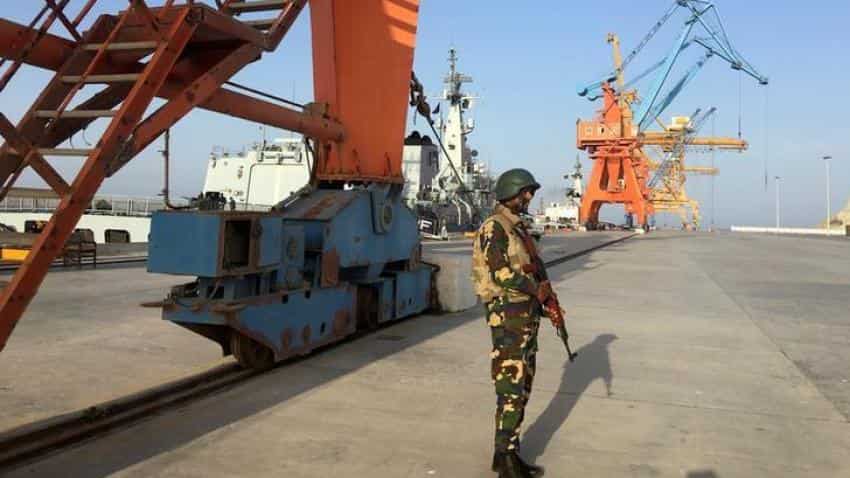 Over 50 Chinese-made aircraft delivered to Belt and Road countries: Report

China`s Belt and Road Initiative (BRI), which aims to build a trade and infrastructure network connecting Asia with Europe and Africa along the ancient trade routes of Silk Road, has hit a roadblock in seven countries, according to a recent report.The Gwadar Port in Pakistan`s Balochistan province is the venue of the USD 63 billion China-Pakistan Economic Corridor (CPEC). China is developing Pakistan`s power plants, airports, highways and other infrastructure under the project. Also, Beijing aims to link its landlocked western region to Gwadar.Despite this, some analysts have expressed concerns such as rising trade deficit of Pakistan with China. There are also doubts on how Islamabad will repay off its debt to Beijing if the former is unable to do so.

Also, there are worries that the price of such investment can be a huge debt burden, according to the report by Nikkei Asian Review."The China-Pakistan corridor will no doubt be a game changer for Pakistan, but we need to be careful. Ten years` tax concessions, 90-year leases for Chinese companies and cheap imports will impact the competitiveness of existing domestic industries," Nikkei Asian Review quoted Ehsan Malik, the CEO of Pakistan Business Council, a business policy advocacy forum, as saying.Nikkei Asian Review and The Banker magazine have published a detailed report on the status of the BRI projects in seven countries - Indonesia, Sri Lanka, Kazakhstan, Bangladesh, Poland, Laos and Pakistan.The report also deduces the concerns of these countries ranging from a lack of participation by local workers and banks to unmanageable debts.In Indonesia, the BRI project has been experiencing serious delays.

Construction on a USD 6 billion railway line is running behind schedule, coupled with rising costs. This has been the same scenario in Kazakhstan and Bangladesh.In terms of deficits, concerns have been raised about owing unmanageable debts to China in Sri Lanka, the Maldives and Laos, along with Pakistan.As per the report, Beijing`s massive economic project is also plagued with sovereignty concerns. In Sri Lanka, China`s takeover of the Hambantota Port has raised eyebrows over the "loss of sovereignty."In 2008, former Sri Lankan president Mahinda Rajapaksa had ordered the construction of the USD 1.5 billion Hambantota Port.Colombo has granted a 99-year lease on the port to China Merchants Port Holdings in a bid to eliminate its debts. The first phase of the project, which ended in 2010, costs USD 361 million.

The Export-Import Bank of China financed 85 percent of the work during the first phase.The Sri Lankan Government found itself unable to repay its debts as the port`s losses started piling up. The country had an external debt of USD 48.3 billion in 2017-end, and its annual external financing needs are USD 11 billion.Colombo owes a debt of USD 8 billion to Beijing and is said to carry an interest rate of 6 percent, according to the report.In 2009, Rajapaksa flagged off the construction of Sri Lanka`s second international airport in Mattala, situated 20km from the port. Of the USD 209 million construction cost, the Exim Bank of China put up USD 190 million with a concessionary loan.

The Mattala airport is now known as "the world`s emptiest international airport" since it has only four regular flights arriving and departing per week. The Sri Lankan government has plans to sell off the airport as it is mounting losses.China is also constructing a USD 15 billion project to build "Port City Colombo" on reclaimed land in the Sri Lankan capital.The first phase of the project, costing around USD 1.4 billion is being undertaken by a subsidiary of China Communications and Construction Co, which is also bearing the total cost of reclaiming 269 hectares of land.In Indonesia`s Bandung city, a 142 km-railway line connecting the city with the capital Jakarta, which was supposed to open next year, has experienced delays, the report notes.According to local officials, in February, only 10 percent of the work has been completed so far.

Also, a funding crunch is also starting to raise concerns over the financial health of Indonesian companies involved in the construction of the railway line.Adding to the problems are paperwork and permit issues, which halted the project in its first several months.Land acquisition has been painfully slow, as half of the total land has been taken so far. Rising land prices during delays have also led to the further hampering of the progress of the railway line.The country`s second BRI project is the Morowali Industrial Park on Sulawesi island, which already hosts Chinese nickel smelters and a stainless steel factory.According to the report, an agreement totalling USD 1.6 billion was signed in Beijing last year that includes the construction of a carbon steel factory and a power plant.Furthermore, Indonesia`s Investment Coordinating Board has designated three provinces for investment purposes - North Sulawesi, North Kalimantan and North Sumatra respectively. Other future plans include - development of new industrial parks, ports, airports and tourism industry.

In Bangladesh, the CSIS Reconnecting Asia Project has identified three key BRI projects - the Dhaka-Jessore rail line, the Payra power plant and the Karnaphuli Tunnel, which is the country`s first-ever underwater tunnel.Construction has already begun for the USD 1.65 billion coal-fired power plant by the port of Payra. The plant is a joint venture involving Chinese power company, CMC and Bangladesh`s state-owned North-West Power Generation Co.The financing of the plant is fully provided by Beijing and is scheduled to be operational by December 2019.The USD 4.4 billion Dhaka-Jessore rail line is currently under preparatory phase. Announced in 2016, the line is expected to be operational by 2022. State-owned China Railway Construction is the project`s contractor.For the construction of Karnaphuli Tunnel, China Communications Construction Co. signed a USD 705 million contract with the Bangladesh Bridge Authority (BBA) in 2015.

However, Bangladeshi newspaper The Financial Express reported last year that construction work on the tunnel had not started because the BBA was waiting for the Exim Bank of China to release funds for the project.In Laos, a brand new railway line, spanning 414 km, connecting its capital, Vientiane to the China-Laos border is scheduled to be completed in December 2021, as per the report.Talks of a rail project in the country began long ago. After numerous delays, a groundbreaking ceremony was held in December 2016 at Luang Prabang, Laos` ancient royal capital, marking the official start of the construction of the railway line.However, there are complaints among Laotians that the labour on the construction of the railway line is dominated by the Chinese.Development banks have also expressed concerns that the USD 6 billion rail project will further worsen Laos` already precarious debt levels, which reached 68 percent of GDP in 2016, increasing the debt distress level from "moderate" to "high" in the recent World Bank/IMF Debt Sustainability Analysis, according to the report.Both China and Laos have set up a 70-30 joint venture to finance the railway project.

Over 50 Chinese-made aircraft delivered to Belt and Road countries: Report