The near 3 percent drop in China reflected its recent bond markets worries, adding to a subdued mood in Europe where, with trading constrained by the Thanksgiving holiday in the United States, the main bourses opened in the red for the 10th day in the last 13. 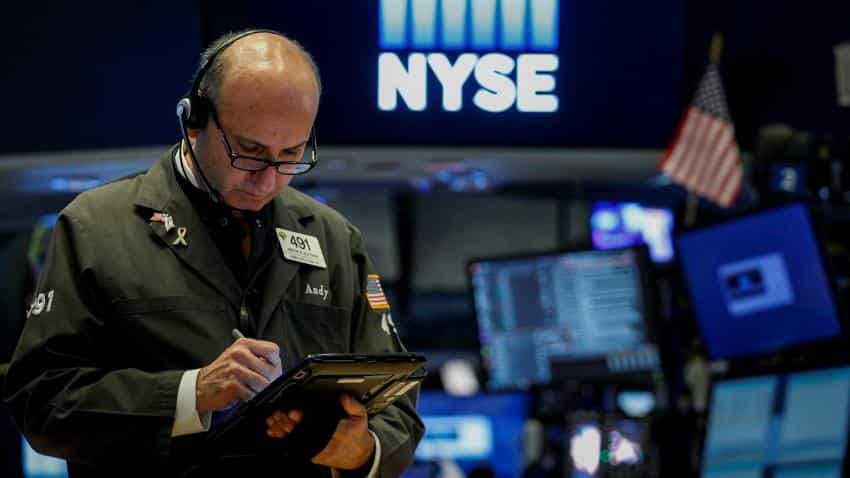 The dollar was on the defensive Thursday, a day after its worst drubbing in five months, as the biggest slump in Chinese stocks in almost two years took the shine off another record high in a global equities bull run.
The near 3 percent drop in China reflected its recent bond markets worries, adding to a subdued mood in Europe where, with trading constrained by the Thanksgiving holiday in the United States, the main bourses opened in the red for the 10th day in the last 13.
Surveys covering Europe`s services and manufacturing industries outshone the most optimistic forecasts in Reuters polls, with factories having the second-best month in the index`s history.
That helped some European stock markets regain lost ground, and by early afternoon the pan-European STOXX 600 was up 0.1 percent after after opening 0.3 percent lower.
The MSCI world equity index, which tracks shares in 47 countries, was up 0.1 percent, having earlier touched a record high.Britain`s FTSE 100 was down 0.2 percent, trimming opening losses of 0.5 percent. One of the index`s heavyweight utilities Centrica crashed over 16 percent in what could be is biggest daily drop ever.
Moves were expected to be minor in light of Thanksgiving. Japanese markets had also been closed, though there was no shortage of action in Asia.
The dollar`s rout took it as low as 111.07 yen after minutes of the Federal Reserve`s last meeting showed many participants were concerned inflation would stay below the bank`s 2 percent target for longer than expected.
That view echoed comments from Chair Janet Yellen and led markets to pare back pricing for more rate hikes next year.
The dollar clawed back to 111.14 yen in Europe but the overnight move was its largest single-day fall against the Japanese currency since May.
"The dollar has had a rough ride in the aftermath of the Fed minutes," said CIBC`s head of currency strategy Jeremy Stretch, who added there was also a growing sense among analysts that the Bank of Japan could start scaling back its stimulus.
Bonds had marked a comeback on the speculation the Fed might not tighten U.S. policy as aggressively as previously thought.
While a move in December to between 1.25 and 1.5 percent is still almost fully priced in, Fed fund futures rallied to show rates at just 1.75 percent by the end of next year.
Borrowing costs in the euro area also crept up with minutes from the European Central Bank`s October meeting, at which monthly asset purchases were extended well into 2018 albeit at a reduced pace, due later alongside a number of ECB speakers.
"The most important information to come from the accounts will be the degree of support there was for keeping QE open- ended by saying that it can be done beyond September," said Peter Chatwell, head of euro rates strategy at Mizuho.
DOVISH TURN
Against a basket of currencies, the dollar stood at 93.086, having shed 0.75 percent overnight. The euro was enjoying the view at $1.1850 after climbing from $1.1731 on Wednesday.
The Fed`s dovish turn helped break a sell-off in short-term U.S. Treasuries, with yields on the two-year note falling almost five basis points to 1.727 percent. That was the sharpest daily drop since early September.
The rally spilled over into Asia, where Australian 10-year bond yields fell to their lowest since June.
MSCI`s broadest index of Asia-Pacific shares outside Japan eked out a 10-year peak with a rise of 0.15 percent, as did Hong Kong`s main index.
Wall Street had been an oasis of calm in comparison, with the Dow closing for the Thanksgiving break off 0.27 percent, while the S&P 500 lost 0.08 percent and the Nasdaq added 0.07 percent.
Commodities were pushed onto the back foot again as the dollar started to recover in Europe. Gold was flat at $1,292.02 an ounce having added 0.9 percent overnight.
Oil prices paused after hitting their highest in more than two years after the shutdown of one of the largest crude pipelines from Canada cut supply to the United States. [O/R}
U.S. crude futures eased back 12 cents to $57.86 a barrel, after jumping 2 percent on Wednesday to ground last trod in mid-2015. Brent crude dipped 0.6 percent to $62.92 a barrel.