China is the world`s second-largest economy and has one of the fastest growth rates of any G20 nation, but its stock markets have been among the worst performing in the world this year. 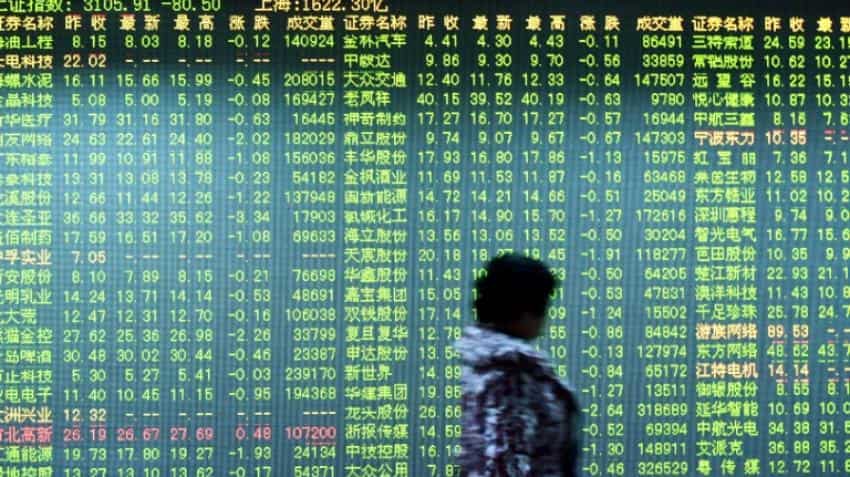 China is the world`s second-largest economy and has one of the fastest growth rates of any G20 nation, but its stock markets have been among the worst performing in the world this year.

Starting with a botched attempt to reduce volatility that instead triggered a spectacular meltdown, Chinese bourses have spent the year struggling against feckless policymakers, massive capital flight and a languishing currency.

The benchmark Shanghai Composite Index (SCI) struggled towards the finish line Thursday down 12.5 percent for the year, compared to falls of 0.6 percent by the Hang Seng Index in Hong Kong and 2.2 percent for Japan’s Nikkei 300. Both markets are trading Friday.

As of Thursday, it had the worst showing among the 40-plus countries tracked by Wall Street Journal`s Market Data Center, behind even debt-ridden Portugal.

It is a significantly worse performance than 2015`s wild ride, when the SCI surged by 60 percent in the first half before plunging by more than 40 percent in under three months. Even so, it finished the year with an overall gain of 9.4 percent.

Then authorities brought in a "circuit breaker" mechanism in January to automatically shut down trading if prices plunged. It went into effect twice in one week, kicking off a self-reinforcing selling panic that spread to global markets, and was scrapped after just four days.

“The Chinese market had a meltdown this year, and so far it has only half recovered from that,” Northeast Securities analyst Shen Zhengyang told AFP, adding the market was still in "slow and gradual restoration".

The chairman of the China Securities Regulatory Commission was sacked over the debacle.

"People don’t understand much about the regulator’s policy direction," he said, adding that the lack of clarity partly explained the market`s weak performance.

The falling yuan -- lowered seven percent by the central bank over the year in the face of a surging dollar -- has also driven investors abroad in search of better performance. 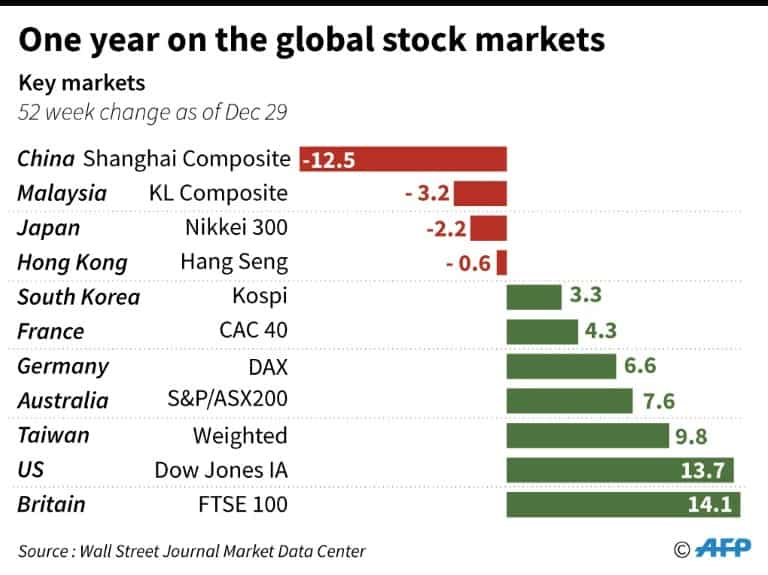 Even the year`s few bright spots have failed to live up to expectations.

Earlier this month, China launched a long-delayed programme connecting its second exchange in Shenzhen -- which has lost 14.8 percent so far this year -- with the bourse in Hong Kong.

The Hong Kong-Shenzhen Stock Connect builds on a similar scheme with Shanghai and gives foreign investors access to many mainland tech shares.

But it has so far failed to live up to the hype, with Shenzhen’s shares more expensive than those in Hong Kong, making it unattractive to foreign investors, while the entry threshold for mainlanders to buy Hong Kong shares was set as high as half a million yuan ($72,000).

Other anticipated reforms, such as a new system for initial public offerings (IPOs), have all failed to materialise or were quietly shelved after January`s drama.

Currently, the Chinese government -- rather than the market -- decides which companies offer shares and when, and at what price.

As a result Chinese flotations are always underpriced, which "sends the wrong signals to the market", according to Oliver Rui of CEIBS.

Authorities should "not intervene too much" but "are always afraid that the market will lose control", he told AFP.

"But if you do not let go, then you will never know if the market can accept the new system or not. Mistakes are a necessary step.”

Unlike most global exchanges where institutions hold sway, China`s stock markets are dominated by small investors, heightening volatility and short-termism.

Government-backed funds injected billions of dollars into China`s markets in 2015 in an effort to stop them bleeding out, and still play a major role, ignoring profit, loss and everything in between, and creating huge price distortions.

"In such an environment, it`s quite difficult for investors to apply whatever money-making strategies that they have learned over the years," said Citic Securities analyst Zhang Qun.

He called China’s stock market “the least profitable” option in China or abroad.

Even so, brokers are mildly optimistic about next year -- but hedge their bets with huge ranges for their 2017 year-end forecasts.

China Merchant Securities projects the SCI at anything from 2,900 -- a six percent decline -- to 3,800, which would represent a leap of 23 percent.

“With the government taking tighter controls over the property market and bonds also falling, not many choices are left," said Kingston`s Dickie Wong. "Funds must go somewhere and stocks are ultimately one choice.”

Recap: Apple had a tough 2016 despite blockbuster iPhone 7 Plus