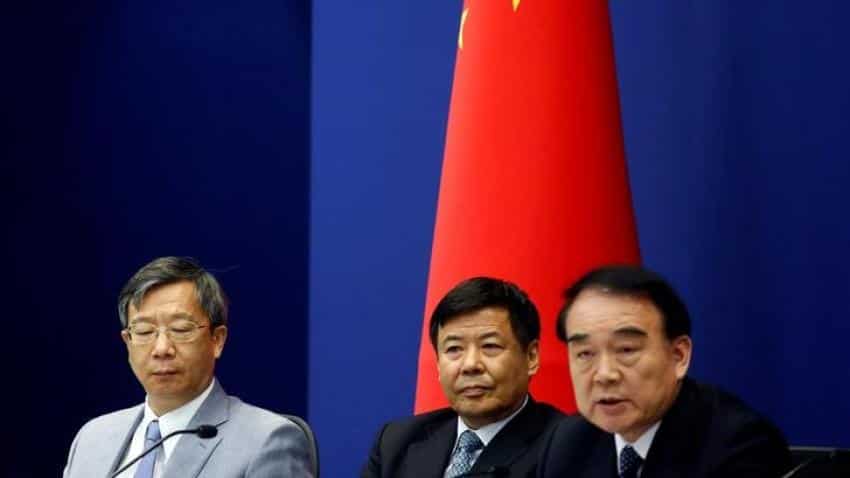 China expects next month's summit of the G20 which it is hosting will focus on boosting economic growth and other financial issues rather than disputes like the South China Sea, senior officials said on Monday.

The summit of the world's 20 biggest economies in the eastern city of Hangzhou will be the highlight of President Xi Jinping's diplomatic agenda this year, and the government is keen to ensure it proceeds smoothly.

The September four-five leaders' meeting comes as clouds continue to hover over global growth prospects and worries about China's own slowing economy.

Last month's meeting of G20 policymakers was dominated by the impact of Britain's exit from Europe and fears of rising protectionism.

Yi Gang, a vice governor of the People's Bank of China, said the summit will focus on how to stimulate sluggish global economic growth through open, inclusive trade and the development of robust financial markets.

"We need to instil market confidence and ensure there are no competitive devaluations but rather let the market determine exchange rates," Gang told a news briefing, adding this would be the first G20 to discuss foreign exchange markets in such detail.

The G20 will also discuss how to better monitor and respond to risks presented by global capital flows, he said.

Despite increasingly protectionist rhetoric around the world, the G20 is strongly opposed to anti-trade and anti-investment sentiment, Vice Finance Minister Zhu Guangyao said.

"We really do need to make sure that the people, the public, benefit from economic development and growth. If people don't feel like they are beneficiaries of economic development, if they don't think their lot in life is improving, that's when they start getting all kinds of ideas."

But meetings between Jinping and the leaders of countries including the United States, Japan, South Korea and Australia are all also expected to touch upon tricky subjects such as China`s increasingly assertive moves in the South China Sea, diplomats say.

China has refused to recognise an international court ruling over its claims there in a case brought by the Philippines.

Vice Foreign Minister Li Baodong did not directly answer a question about whether the G20 was the right place to discuss the South China Sea, saying various countries always had their own agendas to push on issues of concern at such meetings.

"This meeting, this G20 summit in Hangzhou, has as its theme economic growth," Baodong said.

"How can we have sustainable, balanced and inclusive growth. This is what everyone is focused on and is the consensus. We believe that member states will discuss this important subject and find a resolution."