Representatives from over 100 countries, including about 40 leaders of governments, will participate in the second Belt and Road Forum to be held here later next month, a top Chinese official said Saturday. 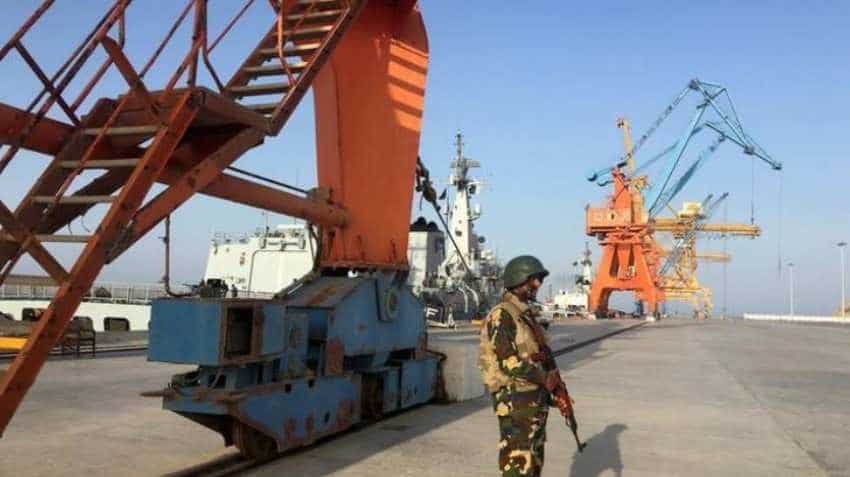 India boycotted the first BRF meet over its objections to China-Pakistan Economic Corridor (CPEC) which is being laid through Pakistan-occupied Kashmir (PoK). Image source: Reuters

Representatives from over 100 countries, including about 40 leaders of governments, will participate in the second Belt and Road Forum to be held here later next month, a top Chinese official said Saturday. China held the first Belt and Road Forum (BRF) in 2017 to showcase its trillion-dollar Belt and Road Initiative (BRI), the pet project of President Xi Jinping aimed at expanding the country's influence all over the world with a chain of infrastructure projects funded by Chinese investments.

India boycotted the first BRF meet over its objections to China-Pakistan Economic Corridor (CPEC) which is being laid through Pakistan-occupied Kashmir (PoK). India's Ambassador to China, Vikram Misri, in a recent interview to the state-run Global Times signalled a similar boycott of the second BRF meet. "To be honest, we have made no secret of our views and our position on BRI is clear and consistent, and one that we have conveyed to the authorities concerned," Misri said.

State Councilor Yang Jiechi said in an interview published by state-run Xinhua news agency that "representatives from over 100 countries, including about 40 leaders of foreign governments, have confirmed their attendance" at the second BRF meet. Pakistan Prime Minister Imran Khan and Russian President Vladimir Putin are among those who have confirmed their participation.

"As the host country, we will, together with other forum parties, take stock of what has been achieved and draw a blueprint for future cooperation to further enrich BRI cooperation," Yang said. India along with the US and several other countries have been highlighting the concerns over the BRI projects, leaving a number of smaller countries in debt traps.

The concerns grew louder after China took over Sri Lanka's Hambantota port on a 99-year lease as debt swap. Several other countries including Malaysia and even Pakistan expressed wish to cut down Chinese projects over debt concerns. Refuting the criticism, Yang, who was China's former Foreign Minister, said: "we have noticed that some people have expressed different views about the BRI, claiming that the initiative is China's geopolitical tool and could cause some countries to fall into a debt trap".

"Such views are less than objective or balanced. They are simply a misunderstanding, misrepresentation and even biased view of the BRI. "No one is in a better position to repudiate the so-called debt trap allegation than the BRI participants themselves. As a matter of fact, the governments, business communities and the general public of many countries that have participated in and benefited from the BRI have spoken up and debunked such groundless assertions," he added.