Industrial output also undershot expectations, weighed down by pollution curbs and an uncertain trade outlook, adding to expectations that authorities will roll out more policy stimulus. 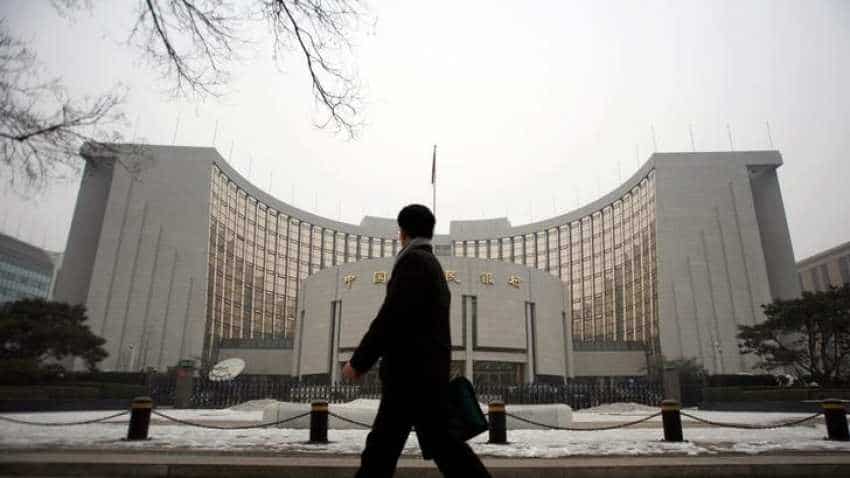 While China`s trade and inflation have shown limited impact from U.S. tariffs so far, it is early days, Images source: Reuters
Written By: Reuters
RELATED NEWS

The Chinese government is expediting plans to invest billions of dollars in infrastructure projects as its economy shows signs of cooling further, with investment growth slowing to a record low and consumers turning more cautious about spending.

Industrial output also undershot expectations, weighed down by pollution curbs and an uncertain trade outlook, adding to expectations that authorities will roll out more policy stimulus.

The July data comes as the U.S. prepares even tougher trade tariffs on imports from China.

Since the trade war started, Beijing has shifted its focus to boosting domestic demand and is taking a more measured approach in its campaign to curb financial risks and debt, which has pushed up borrowing costs and triggered a rising number of defaults.

The finance ministry said on Tuesday that local governments should accelerate issuance of special bonds for infrastructure projects over the next couple of months. Local governments are allowed to issue 1.35 trillion yuan ($196.13 billion) of such bonds this year.

In the past month, the government has pledged to ramp up spending on railways and roads - its traditional "go-to" approach when the economy slows - though it said investment will be more targeted.

Suzhou`s transit authority said China`s state planner has approved a $14 billion plan by the eastern city to expand its urban rail network. That followed approval for a similar project in a northeastern city over the weekend.

The central bank is also pumping more money into the financial system and urging banks to offer more loans at cheaper rates to small businesses. New yuan loans exceeded expectations in July, statistics showed on Monday, in one of the few bright spots in the most recent data.

"Admittedly, infrastructure spending may soon bottom out given the recent shift toward a looser fiscal stance and monetary easing should eventually drive a turnaround in credit growth," Julian Evans-Pritchard, senior China economist at Capital Economics, wrote in a note.

"However, these are unlikely to put a floor beneath economic growth until the middle of next year."

With the economy shifting into lower gear even without a trade shock, many analysts predict a steady stream of support measures in coming months.

The July data "is likely to prompt more policy support," DBS of Singapore said in a report.

The pace of fixed asset investment was the weakest on record going back to early 1996, according to data on Reuters Eikon. Investment had been expected to grow 6.0 percent in the first seven months of the year, steady from January-June.

For July, fixed-asset investment grew 3.0 percent from a year earlier.

Retail sales also missed expectations. Sales rose 8.8 percent in July from a year earlier, below an expected 9.1 percent and down from 9.0 percent in June, despite a broad import tax cut that kicked in last month.

It was not clear if consumer reluctance was due to softening local conditions or worries about the U.S. trade war. A Reuters straw poll of Chinese consumers found nearly one in three want to stop buying U.S. products now and some are already boycotting made-in-America goods.

While China`s trade and inflation have shown limited impact from U.S. tariffs so far, it is early days. Business surveys point to weakening export orders and there are concerns that a protracted trade battle could produce a sharper Chinese slowdown than expected just a few months ago.

China and the United States have slapped tariffs on each other`s goods and more are due to kick in next week, with few signs that either side is in the mood to compromise.

In one of the few encouraging spots in the data, private sector fixed-asset investment rose 8.8 percent in January-July, picking up from 8.4 percent in the first half. It accounts for about 60 percent of overall investment in China.

But growth in infrastructure spending slowed to 5.7 percent in the first seven months from 7.3 percent.

Still, there were early signs that Beijing`s shift to supporting growth may already be offering some cushion.

The Politburo said last month it would achieve this year`s GDP growth target of around 6.5 percent, despite mounting risks. Last year the economy expanded 6.9 percent.

The shift to stimulus measures has raised fears among some China watchers that Beijing is returning to its old playbook of debt-fuelled growth, undermining its multi-year push to reduce riskier lending practices and a mountain of debt.

But unless conditions deteriorate markedly, most economists believe Beijing will stick with its deleveraging campaign, albeit at a more cautious pace, as it waits to see how the trade dispute plays out.