China has reported a slew of upbeat data so far in 2017, even as Beijing tries to rein in speculative bubbles in the red-hot property market and control risks in the broader financial market from years of debt-fuelled stimulus. 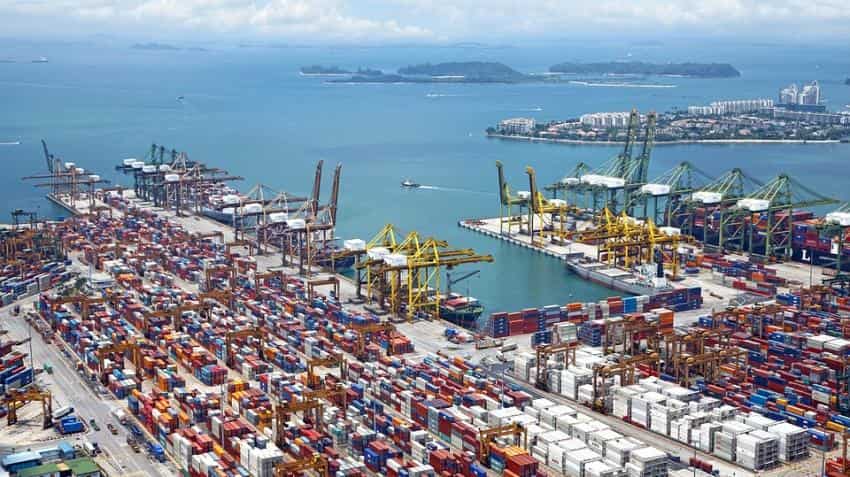 Activity in China`s manufacturing sector unexpectedly expanded at the fastest pace in nearly 5 years in March, adding to evidence that the world`s second-largest economy has gained momentum early this year, an official survey showed on Friday.

The official Purchasing Managers` Index (PMI) rose to 51.8 in March from the previous month`s 51.6, and was well above the 50-point mark that separates growth from contraction on a monthly basis.

The reading was stronger than the 51.6 that economists had expected and the highest since April 2012.

China has reported a slew of upbeat data so far in 2017, even as Beijing tries to rein in speculative bubbles in the red-hot property market and control risks in the broader financial market from years of debt-fuelled stimulus.

A surprise rebound in home sales and stronger infrastructure investment have added fresh impetus to a months-long construction boom that has lifted demand for building materials from cement to steel and helped reflate prices of industrial commodities worldwide.

Recent industrial profit data showed combined earnings rose almost 32% in the first two months of the year from a year ago, the highest in nearly six years.

But fresh government curbs to further cool the property market in recent weeks are expected to dampen housing demand and prices eventually.

More than a dozen Chinese cities have tightened restrictions on home purchases so far this month to deter speculation.

The southern boomtown of Guangzhou became the latest to put fresh curbs on homeowners in recent days to discourage "flipping", selling properties quickly after purchasing them to make a quick buck.

Adding to signs of a global manufacturing recovery, China`s factory output accelerated in March, with the sub-index rising to 54.2 from 53.7 in February.

Highlighting the strength of the building boom, a measure of the construction industry stood at 60.5, compared to 60.1 in February.

Manufacturers stopped shedding jobs, with the employment sub-index rising to the no-change mark of 50, compared to 49.7 in February.

A steadier currency so far this year may also have aided business confidence, after the yuan fell 6.5% against the U.S. dollar last year.

But concerns remain that a more protectionist trade stance under U.S. President Donald Trump could jeopardize a recent revival in China`s exports.

The official non-manufacturing Purchasing Managers` Index (PMI) rose to 55.1 in March, the highest since May 2014 and up from the previous month`s 54.2.

The services sector accounted for over half of China`s economy last year and for the majority of its 6.7% growth as rising wages give Chinese consumers the opportunity to shop, travel and eat out more.

China`s policymakers are counting on growth in services and consumption as they look to rebalance the country`s economic growth model from a heavy reliance on investment and exports.