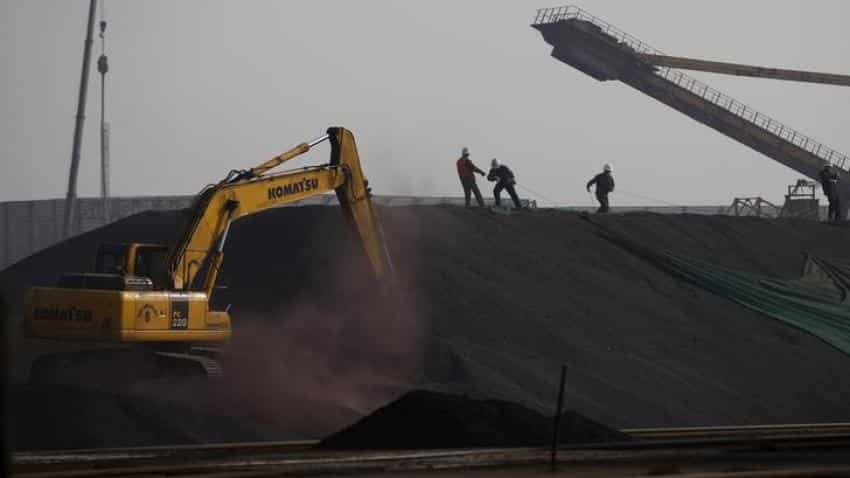 The pace of earnings growth picked up sharply from a 2.3% increase in December. Photo: Reuters
Written By: Reuters
RELATED NEWS

Profits of Chinese industrial firms surged 31.5% in the first two months of 2017 from a year earlier as prices of commodities from coal to iron ore raced higher, while strong imports also pointed to a pick-up in activity.

Total profits over the first two months of the year were 1.01 trillion yuan ($147 billion), the National Bureau of Statistics said in a statement on Monday.

The profit increase was mostly due to faster growth in prices of coal, steel and crude oil, He Ping, a statistics bureau official, said in a note accompanying the statement. The pace of earnings growth picked up sharply from a 2.3% increase in December.

Industrial profits rose 8.5% in 2016, snapping back from a slight drop in 2015, largely due to a sharp increase in prices of coal as well as raw materials such as iron ore which were needed to help feed a construction boom.

Industrial firms stand to benefit from fixed-asset investment that expanded more than expected in the first two months of the year, including a 27.3% increase in infrastructure spending.

Shares of infrastructure companies have shot to a near 15-month high in Shanghai.
But investors in China are being torn between data showing a resilient economy and fears that expected policy tightening, while gradual, will eventually lead to higher borrowing costs and stunt business activity.

Producer prices rose at the fastest pace since 2008 in February on the back of stronger demand and government-mandated cuts in excess capacity. But most economists and even the statistics bureau believe producer price gains may soon start to slow.

Steel and iron ore futures prices in China posted their biggest weekly drop in three months last week as high inventories raised concerns that demand in China is not picking up as much as had been expected.

Liabilities of industrial firms rose 6.6% year-on-year as of end-February, according to the statistics bureau.

The statistics bureau gives combined figures for the first two months of each year to smooth out seasonal distortions caused by the long Lunar New Year holidays, when most companies are closed for the celebrations.

The profit figures cover large enterprises with annual revenues of more than 20 million yuan from their main operations.