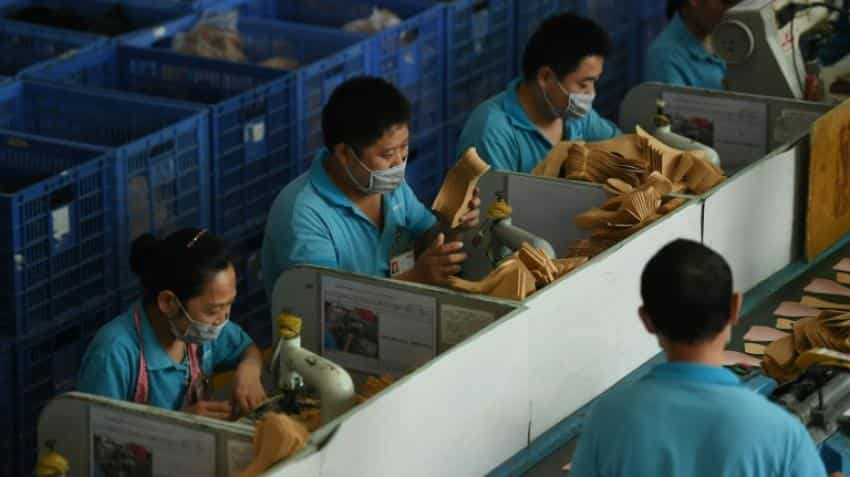 China`s producer prices rose at their swiftest pace in more than five years in December, the government said Tuesday, in a sign the world`s factory could begin exporting inflation to the global economy.

It marked the fourth straight month of price rises for goods at the factory gate after years of declines, and an acceleration from the previous month`s 3.3%, raising expectations China`s factories could put upward pressure on global prices through the supply chain.

But uncertainty hangs over the outlook as trade tensions may surge under incoming president Donald Trump, who has promised to declare China a currency manipulator and threatened to slap punitive tariffs on its goods.

The figures were affected by warmer temperatures across China, which led to weaker-than-average price increases for fresh fruits and vegetables in the month, NBS analyst Sheng Guoqing said in a statement.

"The big picture is that consumer price inflation has moved within a narrow range around 2% over the past year and remains at a comfortable level for policymakers," Chang Liu, analyst for Capital Economics said in a statement.

Looking ahead, inflation figures are likely to leap in January due to higher oil prices and food price increases for the Lunar New Year holiday, possibly driving the CPI to its highest level since 2013, Chang added, but noted "the pick-up will mainly be driven by movements in commodity prices and is unlikely to be sustained".

China is the world`s biggest trader in goods, and its performance affects partners from Australia to Zambia, many of which have been mired in tepid inflation for years, which has in turn caused a drag on the global economy.

Chinese firms have been battered by falling prices for their goods in the face of chronic overcapacity and weak demand, putting a damper on growth in the country.

Protracted falls in factory gate prices are a bad sign for industrial prospects and economic growth because they put off customers -- who seek to delay purchases in anticipation of cheaper deals in the future -- starving companies of business and funds.

But the ongoing rebound in producer prices could help boost China`s nominal GDP growth in 2017, Zhao Yang of Nomura said in a note, though real growth "still faces plenty of headwinds from a cooling property market and potential deleveraging in the economy".

He added that higher-than-expected inflation increases the risk of monetary tightening, limiting growth.

"We believe China is heading into a period of stagnation in 2017."