The system, which has already been launched, works by gathering information about the underwater environment, particularly water temperature and salinity, which the navy can then use to more accurately track target vessels as well as improve navigation and positioning, the Hong Kong-based South China Morning Post reported. 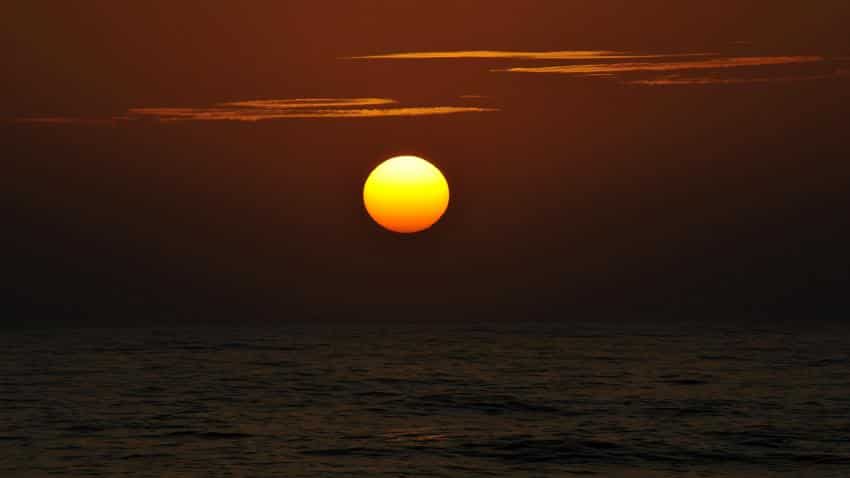 China has developed a new underwater surveillance network to help its submarines get a stronger lock on targets while protecting the nation's interests along the maritime Silk Road, which included the Indian Ocean, a media report said today.

The system, which has already been launched, works by gathering information about the underwater environment, particularly water temperature and salinity, which the navy can then use to more accurately track target vessels as well as improve navigation and positioning, the Hong Kong-based South China Morning Post reported.

The project, led by the South China Sea Institute of Oceanology under the Chinese Academy of Sciences (CAS), is part of an unprecedented military expansion fuelled by Beijing?s desire to challenge the US in the world's oceans, the Post said.

After years of construction and testing, the new surveillance system was now in the hands of the navy, which reported "good results", the oceanology institute said in its latest briefing in November, according to the report.

But China still has some way to go before it can compete with the world's only true superpower, it said.

The Chinese system is based on a network of platforms "buoys, surface vessels, satellites and underwater gliders" that gather data from the South China Sea, and the Western Pacific and Indian oceans, the paper quoted the report by Oceanology Institute.

That information is then streamed to three intelligence centres ? in the Paracel Islands in the South China Sea, the southern province of Guangdong, and a joint facility in South Asia ? where it is processed and analysed, it said.

In recent years, China has stepped up naval expeditions to the Indian Ocean to fight the pirates in Gulf of Aden. These expeditions included large naval ships accompanied by submarines. China is silent about the reasons to deploy submarines for anti-piracy operations.

China is also seeking to establish logistic bases in the Indian Ocean, much to the chagrin of India.

The first such base was opened by China in Djibouti last year and it acquired the Hambantota port of Sri Lanka on 99 years lease for debt swap and currently developing the Gwadar port in Pakistan as part of China-Pakistan Economic Corridor.

China is involved in maritime disputes in the South and East China Seas. It claims almost all of the South China Sea and has also laid claims on the Senkaku islands under the control of Japan in the East China Sea, believed to harbour vast natural resources below their seabed.

The US has been periodically deploying its naval ships and fighter planes in the South China Sea to assert freedom of navigation in the disputed areas.
Yu Yongqiang, a researcher with the Institute of Atmospheric Physics ? also under CAS ? and a member of the expert panel overseeing China?s global underwater surveillance network, said that while it undoubtedly represented progress in China?s submarine warfare capabilities, it was dwarfed by the systems operated by the US around the world. "We have made just a small step in a long march," he said.

For submarines patrolling the sea route, or "road", element of China's global trade and infrastructure development plan known as the 'Belt and Road Initiative', which included the 21st century Maritime Silk Road, the system?s ability to not only measure, but also predict temperature and salinity at any location, any depth and at any time will be invaluable.

Submarines use sonar (sound navigation and ranging) to locate, identify and attack other vessels.

Yu said that as well as improving their targeting ability, the new surveillance system should enable submarines to steer a much safer course through difficult waters.

For the naval forces charged with guarding the maritime Silk Road, there are many adversaries lurking in often hostile waters, according to a researcher involved in the development of the new surveillance system.

Since the Cold War, the US had closely guarded the Western Pacific via "island chains", the researcher said.

Similarly, the South China Sea was circled by many small, "unfriendly" countries involved in territorial disputes with China; while India was wary of Beijing?s growing influence in the region and was consequently trying to tighten its grip on the Indian Ocean, he said.

"Our system can help tip the balance of power in these regions in China?s favour," the researcher said.

According to a study by the Centre for a New American Security and the International Institute for Strategic Studies, by 2030 China will have 260 warships and submarines compared to the US' 199.

As the battle for the oceans hots up, tools such as the underwater surveillance network could be the difference between winning and losing, the report said.