The reserve requirement rate will be cut a further 50 basis points -or 0.5% - for banks whose loans to the targeted groups account for 1.5% of their balance of outstanding newly added loans for the previous year. 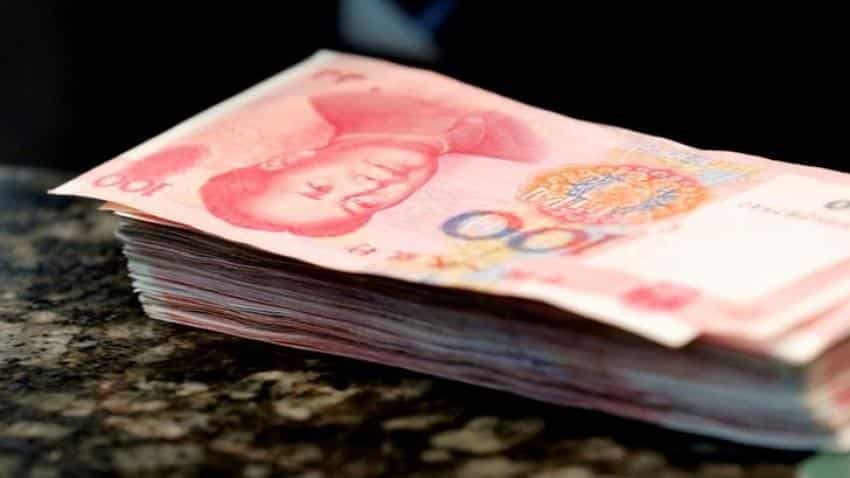 Chinese 100 yuan banknotes are seen on a counter of a branch of a commercial bank in Beijing. Photo: Reuters
Written By: Reuters
RELATED NEWS

China to back fight against terror financing, money laundering

China's central bank on Saturday cut the amount of cash that some banks must hold as reserves for the first time since February 2016 in a bid to encourage more lending to struggling smaller firms and energise its lackluster private sector.

The People`s Bank of China (PBOC) said on its website that it would cut the reserve requirement ratio (RRR) for some banks that meet certain requirements for lending to small business and the agricultural sector.

The PBOC said the move was made to support the development of "inclusive" financial services and will be available to all medium and large-sized banks that meet requirements starting in 2018.

The reserve requirement rate will be cut a further 50 basis points -or 0.5% - for banks whose loans to the targeted groups account for 1.5% of their balance of outstanding newly added loans for the previous year.

The rate will be cut a further 100 basis points for banks whose loans to the designated groups account for 10% of all loans, the PBOC said.

China`s cabinet had recently flagged a possible move, saying the government will take a number of measures, including tax exemptions and targeted reserve requirement ratio cuts to encourage banks to support small businesses.

The PBOC said the move was made to support lending of under 5 million yuan to small firms, loans to individual proprietors and for agricultural production, and lending that supports innovation, the poor and education.

The move is in line with existing policy to encourage more targeted lending to more vulnerable sectors of the economy, even as the government tries to cut down on speculative investment in the financial sector and property and rein in a rapid buildup in overall corporate debt.

But in the last two years, the central bank has preferred using new policy tools such as short- and medium-term lending facilities for a similar purpose. Most economists polled by Reuters had not expected an RRR move before 2018.

The PBOC said in a statement that the targeted RRR cut did not constitute a change to its prudent and neutral monetary policy.

RRR is the amount of cash as a percentage of deposits that banks must park at the central bank as reserves. The current rate for major banks was set at 17.0% after the last general RRR cut that took effect in March 2016.

The central bank in February extended a preferential programme that allows financial institutions that support rural finance and small enterprises to apply for a lower required level of cash reserves.

But despite still-strong credit growth nationwide, many small businesses and farmers remain in desperate need of funds and do not have easy access to ample cheap credit that state-run firms enjoy.

The statement, which came after the third quarter meeting of the PBOC`s monetary policy committee, said China will continue with interest rate and exchange rate reform while keeping the yuan basically stable.

China`s economy grew 6.9% in the first half of the year, bolstered by a hot property market and a government infrastructure spending spree.

But business activity surveys have repeatedly shown large companies are reaping the benefits more than smaller ones.

China to back fight against terror financing, money laundering