Chinese companies have faced lengthy approvals for their outbound deals after Beijing tightened capital controls late last year in an effort to stabilize a weakening yuan. 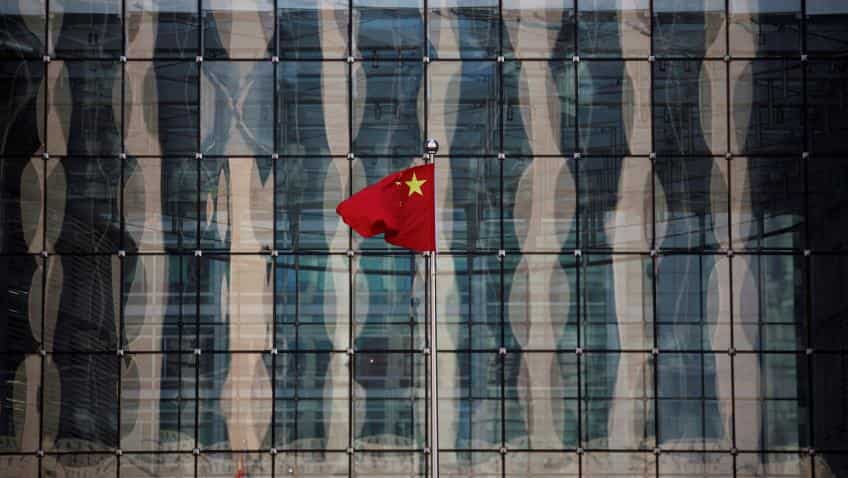 A Chinese national flag flutters at the headquarters of a commercial bank on a financial street in central Beijing. Image source: Reuters

Asia Pacific dealmaking activity slipped in 2017 as outbound transactions nearly halved, led by China as Beijing increased scrutiny of crossborder investments and clamped down on some of its most acquisitive - and indebted - conglomerates.

Chinese overseas M&A investments slumped by more than a third to $140 billion this year from a record last year, data from Thomson Reuters showed, and investment bankers expect the dealmaking environment to remain cautious in 2018.

The slowdown in new deals, especially large-sized ones, could pressure Asian revenues of Wall Street banks, who are facing growing competition from Chinese investment banks that are beefing up their M&A businesses.

Chinese companies have faced lengthy approvals for their outbound deals after Beijing tightened capital controls late last year in an effort to stabilize a weakening yuan. Sectors such as real estate, sports and media that previously saw heightened activity were hit particularly hard as investments in them were labelled "irrational".

"People are treading carefully amid capital controls. They don`t want to be too flashy," said Samson Lo, head of Asia M&A at UBS.

Overall M&A volume in Asia Pacific hit $1.08 trillion in 2017, down 4.3 percent from last year, the data showed, as regional activity was propped up by banner transactions such as French property firm Unibail-Rodamco`s $24 billion purchase this month of Australia`s Westfield Corp.

It was the third consecutive year that Asia Pacific dealmaking surpassed $1 trillion.

The region`s outbound deals, however, plunged 46 percent, hurt by China`s retreat from global dealmaking compared to the record $218 billion the country did last year.
INCREASED SCRUTINY

Some of China`s most acquisitive conglomerates, such as Dalian Wanda and HNA Group whose recent growth was largely based on overseas purchases, have struggled to roll over the debt that fuelled those buys as lenders focused on overall high debt levels.

HNA, which alone contributed over $36 billion to China`s outbound deals in the past two years, announced less than a quarter of that amount in new acquisitions this year, Thomson Reuters data showed.

"You (A buyer) need to establish a high degree of credibility with sellers and provide as much clarity to onshore regulators as those abroad, and clarity on funding and other disclosures," said a senior M&A banker with a Wall Street bank in Hong Kong.

Despite these challenges at home and abroad, China`s $140 billion outbound volume this year is still its second largest in history, the data showed, as it continued to seek advanced technology and investments related to its Belt and Road initiative.

"There will be a cautious recovery of China outbound investments in 2018 with deals being done at $1 billion-$3 billion," said Lo from UBS, adding he would not rule out $10 billion deals.

Goldman Sachs Group Inc retained its position as the region`s top M&A adviser, with a 12.3 percent market share, followed by UBS Group and China International Capital Corp, the highest ranking the Beijing-based investment bank has ever achieved, according to Thomson Reuters data.