China`s central bank said on early Tuesday it will sell yuan-denominated bills in Hong Kong in late June, in a move that some market analysts believed was aimed at stemming a sharp decline in the yuan currency. 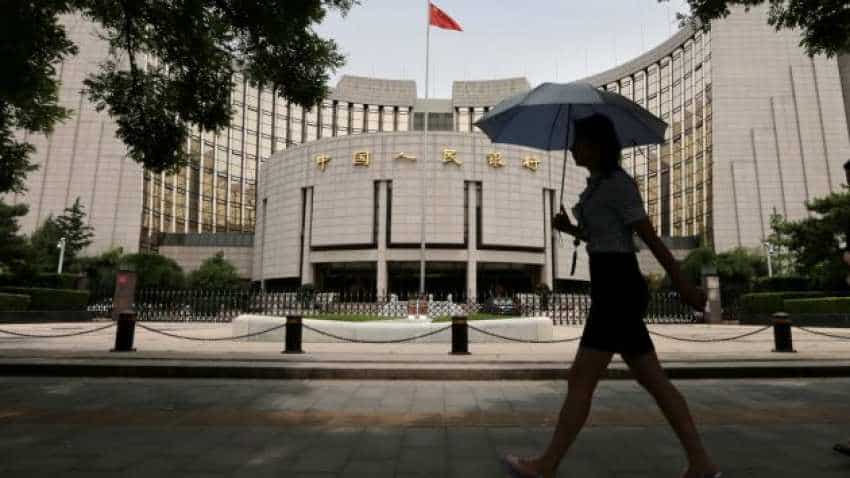 The PBOC said the bill auction in Hong Kong is aimed at "improving the yuan bond yield curve" in the financial hub, according to a statement on its website. Photo: Reuters

China`s central bank said on early Tuesday it will sell yuan-denominated bills in Hong Kong in late June, in a move that some market analysts believed was aimed at stemming a sharp decline in the yuan currency. The yuan has weakened by more than 2.6 percent since the start of May, suffering its worst monthly performance in ten months in the wake of a major escalation in the Sino-U.S. trade dispute.

The People`s Bank of China (PBOC) said the bill auction in Hong Kong is aimed at "improving the yuan bond yield curve" in the financial hub, according to a statement on its website. It will be the fourth sale of offshore yuan bills in Hong Kong. Like the first, last November, the latest sale will be an "off-cycle" issuance as there are no bonds due to expire this month. The last two sales were roll-overs.

The central bank had tapped the market every three months with the same deal size and structure since the first issuance in November. Traders believe the move by the central bank was a warning against yuan short-sellers in the offshore market as the Chinese currency has weakened to an over six-month low and neared psychologically critical 7 per dollar, a level that was last seen during global financial crisis.

"The central bank is defending the exchange rate by stabilising expectations onshore and fighting against the yuan bears offshore through the bill auction," said a trader at a Chinese bank.

The onshore spot rate is allowed to trade with a range 2 percent above or below the official fixing on any given day, but there is no such restriction on offshore yuan. Official midpoint fixing has been set in a very tight range just above 6.9 per dollar in the past few weeks and come in persistently firmer than market consensus. Market participants believe the central bank is seeking to dampen volatility and counteract depreciation expectations.

Bill sales will theoretically freeze yuan funds in Hong Kong and push up the borrowing cost for the Chinese currency. By soaking up yuan liquidity in Hong Kong, the auction will make it more expensive for speculators to bet on a weakening yuan. The bill auction statement also came as the gap between the onshore and offshore yuan widened. As of 0334 GMT, the spread between the two rates stood at 125 pips, with offshore spot rate trading at a discount at 6.9298 per dollar. The spread stood at above 200 pips in most trading sessions last month.
Ken Cheung, senior Asian FX strategist at Mizuho Bank in Hong Kong said the PBOC is sending a slightly conflicting signal to the market as it said there is no red line for the exchange rate, but on the other hand it is stabilising the currency.

Cheung said additional downside pressure on the yuan could emerge if trade negotiations between China and the United States fall through during the G20 summit in Japan later this month. PBOC Governor Yi Gang said last Friday no "numerical number" for the exchange rate was more important than another.

"The trade war would have a temporary depreciation pressure on renminbi, but you see, after the noise, renminbi will continue to be very stable and relatively strong compared to emerging market currencies, even compared to convertible currencies," Bloomberg quoted Yi as saying, where he used the yuan`s official name.

Chinese yuan weakens against US dollar